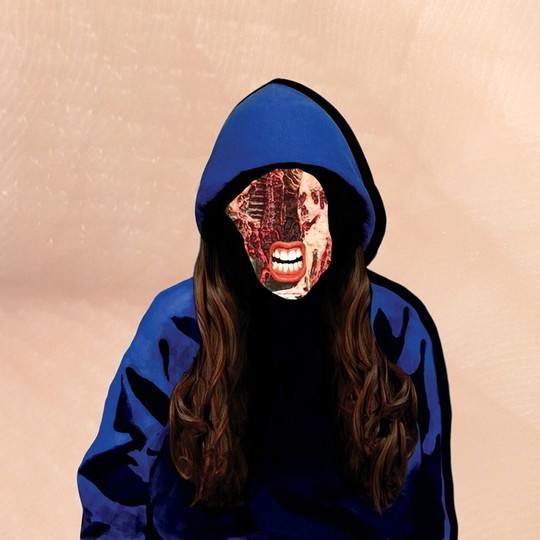 The struggle between body and mind is increasingly complicated, with the steady encroachment of a third party: the machine. Our digital selves are becoming more assertive, pertaining to our existence with almost as much importance as our physical bodies, and perhaps more menacingly, our innermost thoughts.

To their advantage however, our protrusions into the digital realm exist in a universe free from many of the constraints that we face in reality. The dead can ostensibly live on, we can photoshop blemishes out of existence, and genders can be swapped at the click of a mouse – or, in Gazelle Twin's case, at the stomp of an effects pedal. Far from the more firmly rooted songs of her debut, Gazelle Twin's second album, Unflesh, aptly casts Elizabeth Bernholz as a cyborg singer, taking on her inner demons in a claustrophobic digital world of skittering beats and synths, her own voice on top more often than not twisted unrecognisably into that of a demonic robot. From the stomach churning cry that opens the album to its final stammering squeal, it's a genderless creature we hear contorting itself throughout the album's convoluted, maze-like songs - hacking its own DNA in search of a very personal corporeal truth.

"It's a kind of pain," she whispers on 'Exorcise'. "The kind there's no relief from." The theme of emotional and physical pain is in some form ever present, manifesting itself via the malevolent tone and sparse, gothic digital rhythms throughout the album. On 'Guts' we hear Bernholz sing-scream in agony over some of Gazelle Twin's most danceable beats, while on 'Anti-Body' she whispers satanically over thudding kick drums, eventually building to the album's finest moments in its climax. There's a brief respite halfway through, with 'Child' and 'Premonition' taking on an (almost) sweet tone before 'A1 Receptor' builds from whispers to a horrific massive gulp and the final third of the album returns to the malicious cyber darkness of the first.

The rhythms Gazelle Twin spins throughout are consistently disjointed, while squeamishly thin synth tones furnish out the remaining space, never quite suggesting too much musically to steal attention from her manipulated vocals. Bernholz's voice constantly shifts, with several songs applying layer upon layer of densely mutated vocal tracks (as on the title track) while others remain clean in favour of the lyrics ('I Feel Blood').

With Unflesh, Gazelle Twin's crafted a stirring suite of songs, executed with the reckless abandon of a mad scientist, and making full use of the boundless sonic possibilities now so readily available via digital manipulation. She belongs alongside the likes of Holly Herndon, Katie Gately and The Knife as exponents of the new genderless school of thought in vocal music, who truly use the art form to not merely imagine themselves as a different being, but actually to make the transformation. Unflesh is a truly brilliant piece of work, and the sound of an artist trailblazing through as of yet uninhabited territory - here's hoping it's only the beginning.