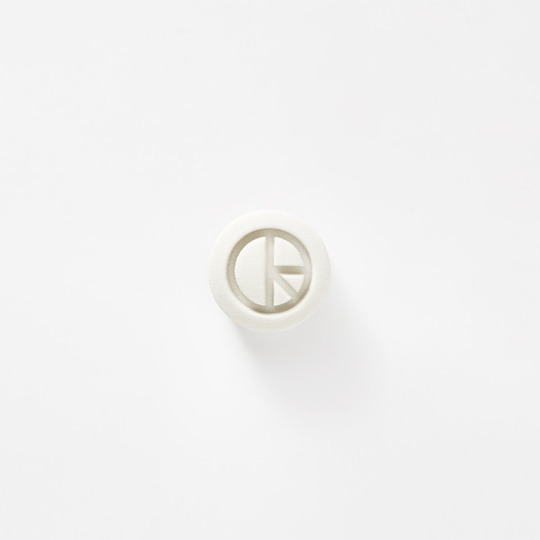 In clubs across the country and around the world, you can hear it: the sound of EDM plummeting to its nadir. Sorority girls monologuing over brain-dead beats, David Guetta re-appropriating ‘Bang Bang (My Baby Shot Me Down)’ in a manner that makes Audio Bullys’ version sound as transcendental as Jon Hopkins, and that one inexcusable piece of garbage that sounds like it’s riffing on ‘They’re Taking the Hobbits To Isengard’ - it’s enough to make you never want to hear a synthesiser again.

But take heart, for like a neon-splattered beacon of hope, Klaxons have returned, no doubt roused from their slumber by the sound of Daft Punk getting lucky. Love Frequency is the band’s first album in four years, and features no shortage of collaborators (as seems to be the fashion du jour), with James Murphy, Tom Rowlands (of the Chemical Brothers), Erol Alkan and Gorgon City all taking up production duties at various stages.

It’s reassuring, then, that opening gambit ‘A New Reality’ sounds unmistakably like Klaxons. From its atmospheric synth swells and vaguely Ballardian lyrics to the bit that sounds like someone taking a chainsaw to Swedish House Mafia’s laptop, it’s as wide-eyed and exhilarating as anything they produced during their nu-rave heyday. Which makes it all the odder, then, that ‘There Is No Other Time’ was chosen as the first single. A pedestrian stomper, the Gorgon City-produced track methodically plods along with only faint echoes of the Klaxons of old in tow. The backing “oohs” and “aahs” bring to mind memories of ‘Golden Skans’, but the lyrics here only barely elevate themselves over bog-standard club fodder, rather than being several astral planes away. Perhaps ‘There Is No Other Time’ is the low-hanging fruit designed to entice the unwitting, EDM-loving masses in - existing fans, however, will find less to love here.

’Show Me A Miracle’ is much better, fusing current and retro dance trends with its mix of two-step beats and old-school synth sounds, with its chorus even referencing not one, but two Nineties classics (“Show me a miracle, give me the key, I need a miracle.”). Indeed, there are times that Love Frequency seems like a love-letter to 'old rave'. Though the propulsive, euphoric ‘Rhythm Of Life’ doesn’t really sound a whole lot like Corona’s ‘Rhythm Of The Night’, it still feels like a more faithful successor than than Bastille’s shitty version ever will be. ‘Children of the Sun’ tasks Tom Rowlands with reproducing the impact of The Chemical Brothers’ Nineties heyday, and to be fair he succeeds, combining abrasive synth textures with Klaxons own brand of flighty mysticism to hypnotic effect. The most unabashed peon to the Nineties is ‘Invisible Forces’, a breathless mix of house pianos and dreamlike harmonies, with a distinctly Klaxons guitar solo thrown in there for good measure. Its chorus lyric of “You make me feel real” might even be a hat-tip to Seventies disco - hey, if it’s good enough for Daft Punk, then it’s good enough for anyone, right?

Elsewhere, the impact isn’t quite as strong. ‘Out Of The Dark’ feels a little generic until its yearning chorus kicks in, and instrumental number ‘Liquid Light’ seems like it’s just there to make up the numbers. There’s a nod to the band’s more experimental past with ‘The Dreamers’, which sounds like ‘Atlas’ by Battles as reimagined by hippies, its glitter-band beat and chanted backing vocals set to a hazy, twinkling backdrop - a pleasing enough concept, even if it’s not one of the record’s standout tunes. Still, the record recovers with its last two tracks - ‘Atom To Atom’s spacey atmosphere leads into a grinding synth breakdown, while ‘Love Frequency’ feels warm, inviting and inclusive, almost as if it was tailor-made to spark mass euphoria at a festival near you this summer.

In one sense, Klaxons have made quite a savvy record, successfully re-aligning themselves with current musical trends and assuring their continued relevance after the prog folly of Surfing the Void. But at the same time, it doesn’t feel like a cynical move - these songs are still informed by the same love of Nineties dance music that led to 'nu-rave' existing in the first place. Love Frequency might not be enough on its own to lift us from the doldrums of EDM - but it’s always refreshing to hear dance music with a human heart at its core.