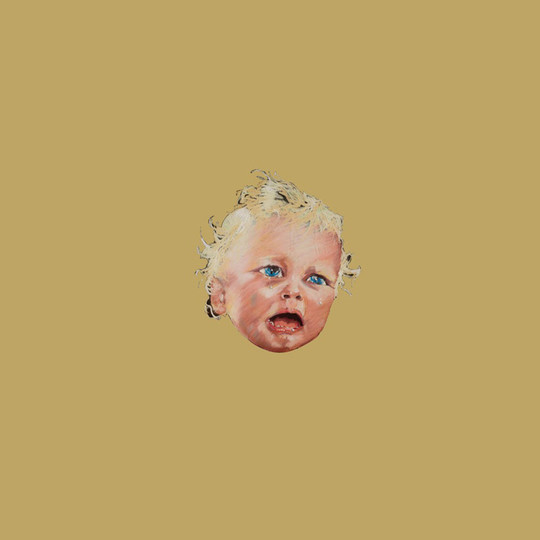 To say that Swans have had a successful comeback would be the mother of all understatements. When Michael Gira reactivated the band in 2010, only the most hopeful of aficionados would have expected anything even vaguely comparable to the greatest moments of their original incarnation (1987’s Children of God and 1996’s Soundtracks for the Blind). The comeback record, My Father Will Guide Me Up a Rope to the Sky was somewhat understated, although not a disappointment, but 2012’s staggering The Seer was not only easily the equal of its illustrious forebears, it won Swans an impressive array of new followers in the process. Swans are now bigger, and perhaps better, than ever before.

This means that more listeners than ever can bask in the glory that is To Be Kind, the thirteenth Swans studio record, and their third double set. A two-hour odyssey of similar proportions to The Seer, this is an album that emphasises rather than establishes Swans' reconfirmed position at the top of the experimental rock tree, but that doesn’t make it any less of a thrill. The ten tracks collected here, ranging from five to 34 minutes in length, demonstrate everything that Swans have ever been over their career, but it is their bloody mindedness that continues to stand out. Few bands get this far into their career without making compromises and, with the possible exception of 1989’s The Burning World, that is something that Swans have never done.

To Be Kind emphasises this trait by continuing the key themes of The Seer. The songs are organic creations which, much like Swans' live shows, rely on Gira’s loose, but commanding, direction rather than predetermined stylistic conventions. You sense that the bond between the band leader and his collaborators, still Messers Hahn, Harris, Pradvica, Puleo and Westberg, is now so strong that the colossal sound of Swans in full flight arises more naturally than ever. There’s still plenty of the churning repetition that helps makes them one of the most intense groups on the planet on stage, but there’s also an increasing emphasis on free roaming psychedelia in the band’s music. Gira has often expressed his debt to Pink Floyd in interviews but here, especially on the mammoth ‘Bring the Sun/Toussaint L’Ouverture’, Swans sound more akin to that the late sixties work of that band and their psychedelic contemporaries than ever before.

This time, perhaps unlike The Seer, such elements of Swans are more apparent thanks to a newly prominent sense of contentedness about the whole album. Gira has already proved that he can take Swans to greater heights than most would ever dare to dream of, and by now it has become so commonplace an occurrence that his doing so again on To Be Kind seems a disarmingly obvious development. This is just what Swans do now. The Seer was, in Gira’s own words, 'the culmination of every previous Swans album as well as any other music I’ve ever made, been involved in or imagined'. Now that this mission has been completed there is space for To Be Kind, and future Swans records to affirm, rather than prove, that Swans are, and perhaps always have been, the greatest rock group on the face of the planet.

This subtle change in mood is best expressed at the very end of the album. When the title track finally arrives it comes as an embrace, standing in stark contrast to the pulverising ‘The Apostate’, which ended The Seer in almost unpalatably brutal fashion. ‘To Be Kind’ may still end in a cataclysmic outpouring of sonic emotion but, with the haunting piano refrain and Gira’s proclamation that “There are millions and millions of stars in your eyes” earlier in the song, it’s a comparatively tender end to an album that should finally persuade those who claim to listen to the band as some form of aural punishment that this band provide spiritual enlightenment, not sonic trauma.

Ultimately Swans have always been about belief of some sort, deep down at least. Now it’s clearer once and for all that the continuing existence of this group is reason enough alone to believe in the exceptional potential of music, not just to expand our minds but to fuel our hearts. We’re on a ladder to God, and Swans are leading the way.