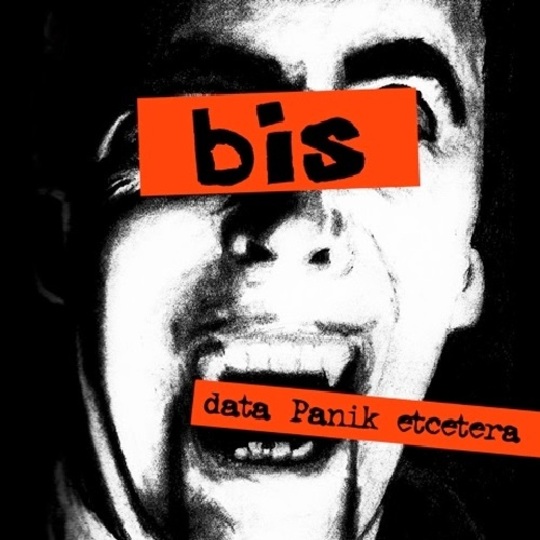 Has there ever been a more brilliantly ‘indie’ band than Bis? The Glasgow trio formed in 1994, managed to fluke their way onto Top of The Pops with zero profile by impressing the producer with their cute-as-a-button Peel-approved single ‘Kandypop’, and proceeded to carve a career out of stompy, shouty, naggingly catchy electro indiepop mostly concerned with bringing about a “teen-c revolution” with their stripped-down guitar / guitar / keyboard / vocal / vocal / vocal charm (they listed their drum machine as a fourth member.) They did the theme to Power Puff Girls, forever cementing their association with cheeky anime, and were generally rather well-liked. They were glorious and, obviously, massive in Japan. Then they grew up a bit, because teen-revolution doesn’t really wash in your twenties, got singing lessons and started making proper, house-influenced electronica, producing modest hits like ‘Eurodisco’ which was bright and shiny, but losing some of their charm.

By third album Return To Central they’d got introspective and their music was complicated and artsy and still quite brilliant, but basically unrecognisable as the band that wrote ‘Wee Love’. It didn’t really set the world alight and the trio called it a day in 2003. For a bit. Sort of. What actually happened is they reformed under the name Data Panik two years later, alongside - shock horror - a live drummer and a bass player and released two corking singles (7-inch only, natch) of stompy punktronica. Alas the five piece never caught on and packed it in after a year, complaining they’d never been allowed to escape the ghost of their former regeneration What followed was a consistent string of well-received, for-the-hell-of-it Bis reunions, but not much in the way of new material.

Until, that is, now. Touted as the official 'fourth Bis album', Data Panik, etc is actually more of a compilation, rounding up all the tracks recorded during their Data Panik sabbatical, plus various half-finished fourth-Bis-album attempts stretching back to before they split, all tidied up and mixed and mastered into a proper record. What’s interesting is how remarkably cohesive it feels considering the scattered nature of the recordings; what’s more, maybe because it took ten years to put together, it’s the best record the band have made. data Panik etcetera, start to finish, just gets it right. Every track ejaculates a rush of bouncy, spiky, pop joy, stuffed with hooks, post-punk riffs and bubbling basslines, merging the twitchy dance of LCD Sound System with the knife-sharp new wave of XTC.

The secret is combining the shouty attitude of their early days and their New Transistor Heroes debut with some of the polish and practice of their later work, creating essentially the Bis album their fans had wanted back when they went all weird on us. ‘Cubis (I Love You’, from the Data Panik years is probably the best example, sporting a cracking Manda-Rin hook, “I love you but I don’t know why” over a fizzy electro bed and fantastic post-disco guitar, ‘Minimum Wage’ pulls the same trick exemplifying faultless bis-pop, while ‘Mechanical Love’ is robotic and sexy, ‘Music Lovers’ out CSS’s CSS with added New Order-esque samples, closer ‘(That Love Ain’t’) Justified’ falls down a raved-up Georgio Moroder rabbit hole, and ‘Sense Not Sense’ seems built for the stickiest of indie-club dancefloors. Had this been released at the height of Nu-Rave, when the Bis-indebted likes of Shitdisco and New Young Pony Club were all the rage, it could well have conquered all.

As it stands though, data Panik etcetera is still a hell of a ride, and though new ideas aren’t exactly widespread across its 12 tracks, it gets its kicks from perfecting bubblegum-stomp electro party post-pop, and does so rather thrillingly. More please.