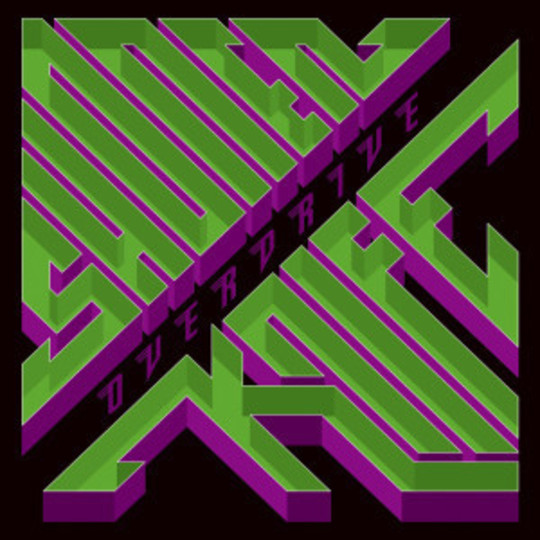 Forgive me for stating the obvious here, but if you make it as far as a nineteenth full-length record, you must be doing something right. Shonen Knife have survived all manner of drama behind-the-scenes - lineup changes, fatal car crashes, high-profile support slots to Nirvana and Sonic Youth - to make it as far as Overdrive. Granted, singer Naoko Yamano is their sole remaining founder member, but there’s clearly something about the Osaka trio’s take on pop punk that’s resonated with enough profundity to secure them a solid cult fanbase.

The record’s title suggests a sense of urgency; it’s interesting to note that Sonic Youth, one of Shonen Knife’s most prominent champions back in the Eighties, reached the same number of albums before (presumably) dissolving; regardless of the circumstances behind that particular split, it surely serves as a reminder to fellow veteran outfits that no matter how many years in the business you have behind you (33, in Shonen Knife’s case), it’s never wise to take anything for granted. There’s certainly no dearth of genuine energy on Overdrive, but it’s difficult to envisage it making fans of anybody who’s resisted conversion in the past.

Their last LP, 2012’s Pop Tune, hinted that a real sense of melancholy was beginning to creep into the band’s outlook, but there’s nothing quite so jaded about Overdrive. It’s a double-edged sword, really; ‘Dance to the Rock’, for example, is an infuriatingly catchy pop stomper, the kind that they’ve long since perfected, but it’s also every bit as lyrically rudimentary as the title suggests. In that respect, they’re on better form when they aim for all-out silliness; ‘Ramen Rock’, complete with knowingly daft hard rock riffs, is a tremendously fun ode to the titular noodles, while the bass-driven rumble of ‘Green Tea’ provides further evidence that the band refuse to take themselves too seriously, irrespective of how long in the tooth they might be.

The noisier side of the record covers both excitement and ennui; ‘Black Crow’ is a superb slow-burner, whilst the oppressively repetitive ‘Robots from Hell’ goes nowhere. ‘Shopping’ takes the trio’s decidedly basic approach to lyricism and song structure a step too far - the song’s highlight is an interpolated rip-off of the riff from Black Sabbath’s ‘Paranoid’ - but ‘Fortune Cookie’ offers some insight into how assuredly Shonen Knife can move into mellower territory, with jangly guitar lines and calmer vocals.

There’s nothing on Overdrive that’s going to change your mind about Shonen Knife; if nothing else, it’s impressive that they’ve managed to spin so many records out of such a derivative sound. They’re masters of their craft - you suspect they could continue turning in taut pop gems like ‘Bad Luck Song’ for a while to come yet - but the one-dimensional guitar playing and unrelentingly trivial lyrics begin to sound a little played-out by the time closer ‘Jet Shot’ comes around, and you start to wonder whether the more reflective, restrained territory that Pop Tune was nudging towards might be the best bet for the trio, if their twentieth album is to carry appeal beyond the already-subscribed.