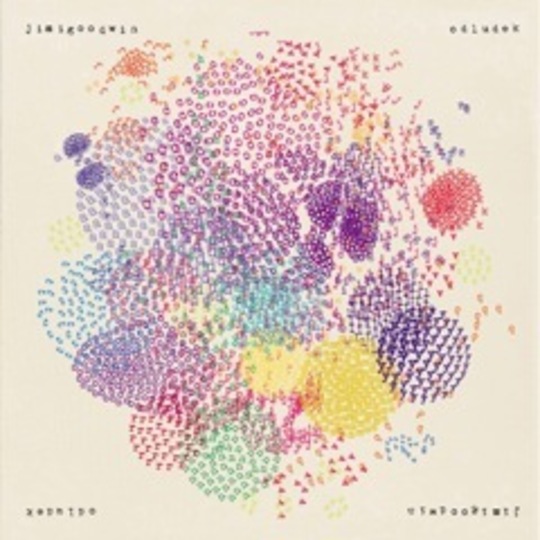 Solo albums are funny old beasts. Usually created by band members seeking to ‘explore a different musical path’ or work with a different set of musicians, they can’t help but be compared to the output that the artist initially made their name with. No matter how good or distinct they are, it's impossible not to ponder whether these are songs that have been turned down by the main band, or contain elements that are unpalatable to the other members.

With Jimi Goodwin, it’s an interesting situation as Doves are still technically a going concern, the official word being that the band are in a state of indefinite hiatus following 2009’s Kingdom Of Rust. When the band announced the break they said they wanted to avoid recording studios and the touring treadmill, but Goodwin has decided to step back onto that particular path with Odludek, and will shortly be heading out on the road as the main support on Elbow’s forthcoming tour.

As Goodwin’s voice was central to the Doves sound, Odludek does sound immediately similar to his previous work, that plaintive croon front and centre. However, there is a subtle change in the backing that voice receives, the music here drawn from a wider palette than the anthemic template Doves relied upon. Sometimes the sheer weight of the backing that Goodwin straps to his songs here overcrowds them, but when it works there’s a freshness to these songs that makes them sound perfect for an early evening festival slot in the sunshine.

‘Live Like A River’ is a good example of when it works well, a propulsive electric riff giving way to a driving rhythm that weaves its way around Goodwin’s vocals, while opener ‘Terracotta Warrior’ starts with sharp blasts of atonal horns, almost teasing at a Doves-like crowd pleaser before veering off towards much more interesting territory. Lead-off single ‘Oh Whiskey’ is probably the most familiar territory here, a gentle acoustic lament with a rousing chorus that shifts focus after three minutes towards a beautiful, melancholic coda. It’s got echoes of the more downbeat shift Doves displayed on Kingdom Of Rust, but there’s also a pastoral vibe that’s all Goodwin’s own.

Elsewhere though, that urge to throw in a few different ingredients can overpower things – ‘Man Vs Dingo’s swinging rhythm and nagging horns clash with Goodwin’s frantic vocals, while closer ‘Panic Tree’ starts wonderfully as a folksy, handspun acoustic number, but is then interrupted by a jaunty piano that seems a little out of place.

They’re only minor moments of distraction on what is a pretty assured album though. Fans of Doves will find plenty that’s familiar – the blissful vibes that ‘Ghost Of The Empties’ builds from, Goodwin’s natural, soft-edged voice – but there’s also moves into more unexpected areas. You get the impression that this is a solo album that’s not the result of any inter-band animosity, simply the creative urges of one member encouraging him back into a studio with a host of interesting ideas. Though occasionally he could have done with his band mates to act as a quality control barometer, overall Odludek shows that Goodwin made the right choice to step back onto the treadmill.