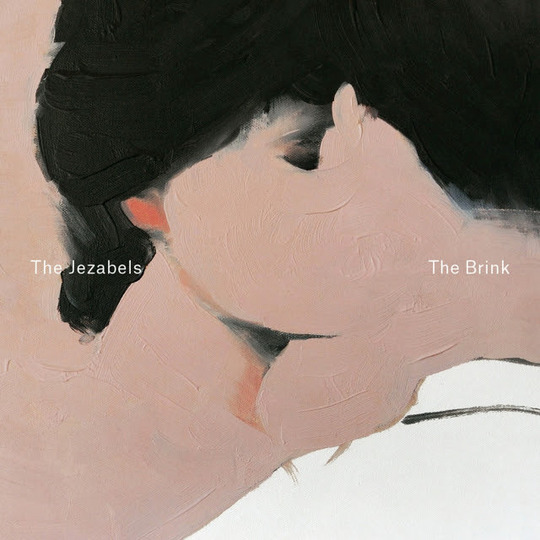 'Intensindie'. This is how The Jezabels have chosen to label their vacuous blend of guitar-pop on social media. Hailing from Australia, with their second album this once-promising four-piece have reinvented themselves as masters of writing the kind of one dimensional dross that dominates your Top Shop/vain hipster emporium playlists year in year out. There's a pretense of depth as layers upon layers of transparent emotion populates The Brink's 45-minute run time. 'Oh it's just good pop music,' some might say, But why bother when there's not one iota of individuality on the entire record?

For the sake of balanced critique, I must argue that it's not all that bad. The opening title track is promising. Hayley Mary's fiery vocals create an impressive dynamic come the track's whispered bridge, which only builds further towards a soaring guitar solo as the track leads out. You'd be forgiven for thinking it was a lost Metric single such is the band's knack for musical metamorphosis. It's loud, confident and ticks all the boxes for a killer single: I was ready to care about The Jezabels.

Come the 'Look of Love', any illusion of rock'n'roll sensibility is thrown out the window in favour of the tried-and-tested contemporary disco pop formula. This four minute ejaculation of glitter coated sonic spunk isn't convincing anybody. It's the sound of devolution, the Disneyfication of rock if you like. Great artists have often refined their music to appeal to a wider audience but the risk of sacrificing artistic value is a pitfall - and The Jezebels plummet.

In the lead up the album, Hayley noted how the band had been taken out of their comfort zone during recording. Perfectly understandable when following up on a great run of EPs and a chart-denting debut only to have a new producer, new label and evidently a new found pressure to produce something that'll sell. This isn't the same band you heard on Dark Storm or even Prisoner - there's something almost sinister in how The Brink's glossy presentation contradicts the band's early independence.

Respectfully, The Brink is probably a great pre-adolescent album, it introduces the notion of pop, rock and dare I say it, experimentation to listeners who may not have found the right gateway into a love of music yet.

For everyone else, it's difficult to know where to stand with The Brink. It's vanilla, it's milk in tea, it's lager, it's a morning bowel movement. It just is.