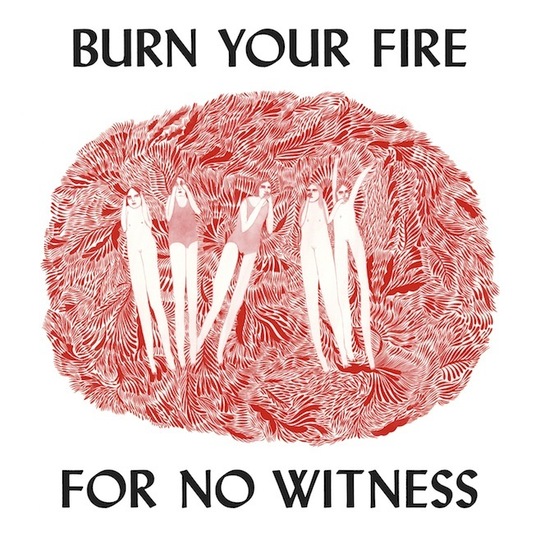 Angel Olsen’s first album, Half Way Home, was a collection of understated, delicate arrangements, given lifeblood by her astonishing voice. Early singles from Burn Your Fire for No Witness, however, provided a stark and sudden contrast. Loaded with drums and, distortion, songs like ‘Forgiven/Forgotten’ and ‘Hi-Five’ turned the focus away from Olsen’s voice, and put a more general sense of angst in its place. These songs marked a massive departure in sound, but hearing the album in full reveals that they were red herrings. She hasn’t changed her sound. She’s expanded it.

On Half Way Home, Olsen’s vocal performance was exactly that: a performance. During the aptly titled ‘The Acrobat’, Olsen soared from a drawled half-whisper to a sincerely hypnotic, warbling klaxon – and back down again, looping the loop and zig-zagging back and forth – in the space of single notes. Her voice is singularly arresting, and Olsen spent her first LP showcasing a range of capabilities which heart-on-sleeve songwriters dream of.

It would have been easy for Olsen to continue to exploit this direct connection to emotion. But on Burn Your Fire for No Witness, Olsen puts her trust in a subtler vocal performance, and she sounds all the more masterful for it.

Many of these songs peel back the melody to the point of becoming half-spoken, adding a chilling intimacy to the sad mood of this album. It’s a less flamboyant approach, but it would take a steely listener to find it less powerful, engaging or affecting than anything from her first record. Centre piece ‘White Fire’ draws emotional power from its numb delivery – Olsen’s vocal small and vulnerable; bleeding across icy arpeggios for seven captivating minutes.

This isn’t a complete overhaul of her sound. The album just uses a broader range of approaches to complement some new themes. This willingness to experiment with texture means that Burn Your Fire... is ultimately a slightly more uneven listen than her remarkably unified debut, but it’s a fair trade-off.

Half Way Home presented the emotional complexity of a passionate relationship. These songs explore the painful aftermath, offering a mix of raw sadness, blistering anger, and defiant dignity. They bring in new elements of sad and cruel dissonance: floods of piano and squealing guitar rushing into the textures; giving voice to the storms which always lurked at the peripheries of Olsen’s songwriting.

Burn Your Fire for No Witness is the music of conflicting emotions in real-time combat. Across these songs, we hear Olsen reconciling the grief of loss with the elation of release; the ache of loneliness with the potential of renewal. Still, at the heart of it all, her performance remains deceptively understated – especially in contrast to the chaos frequently swirling around her. In spite of its gloomier mood, it’s a record every bit as spirited as Half Way Home, and possibly even more affecting.