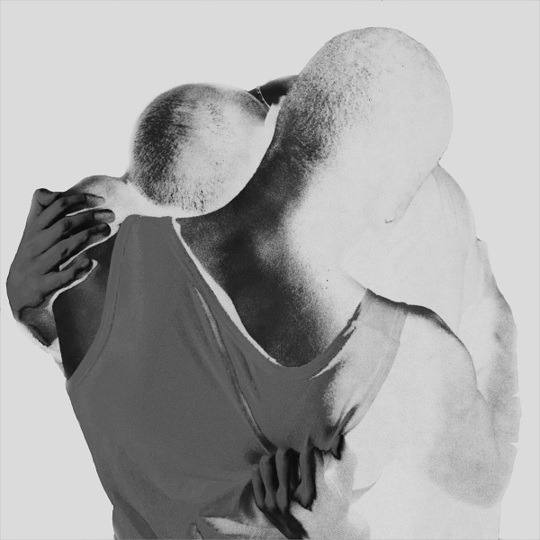 Ahead of this year's Mercury prize, DiS in partnership with Naim Audio's new wireless music system, mu-so, will help you GoDeeper into 2014's nominated albums. Today, we would like to turn your attention to the extraordinary Young Fathers, with this review which originally appeared on DiS back in February.

For our special Mercury competition, interviews and mixtape by Young Fathers, plus coverage of all of this year's nominees visit our Mercury Prize 2014 mini-site.

Don’t you just love a good bit of hype? I do. Here’s the first paragraph of Young Fathers’ bio: 'This is known: Young Fathers are three young men from Edinburgh and Liberia and Nigeria, all at the same time. Their journey has taken them through various incarnations and styles but they are still only in their mid-twenties. And... and this is important: they’ve chosen to kill the past - their own past, even - to make their own future.'

Deep stuff, n'est-ce pas? It’s an unflinching statement of Black Bloc-esque proportions that seeks to articulate Young Fathers’ uncompromising modus operandi, especially in terms of how they’re approaching the notion of self-presentation. In an age where any Tom, Dick, or Harry Styles (sorry) can go from bedroom recording to headlining the O2 Arena, it’s imperative that any new act quickly finds their USP when courting either fame or - and perhaps more appropriately for a band of Young Fathers’ ilk – the due respect that they feel their art deserves.

So by coating themselves in a veil of provocative semi-mystery to invite a there’s-more-than-meets-the-eye-here kind of aura, Young Fathers have, at the very least, partly succeeded in meeting that criteria by tapping into the kind of rebellious and clandestine tactics that have served acts like WU LYF and Jungle well in recent times.

Does such an enigmatic allure feed seamlessly into their musical output, though? Well, here to help us find out is Dead, their first studio album proper after two appropriately hype-building EPs (the obdurately-titled Tape One and Tape Two). And it begins with ‘No Way’, which explodes out of your headphones like a particularly vicious jack-in-the-box after a misleadingly calming harmonium sequence gives way to driving bass, with Alloysious Massaquoi and Kayus Bankole leading the way with a tribal-like chorus that laments the “AK-47 take my bredrins straight to heaven”. The MF DOOM-like tumble-rap of the first verse of following track ‘Low’, meanwhile, is sandwiched between some rather impassioned vocals; the latter disappearing altogether as it’s absorbed by a cacophonous finale that sounds like a thousand drum kits being blown up by a thousand sticks of dynamite.

It makes for a rather overwhelming opening, but it does see the three-piece laying their cards out from the off. Honed since their inception in 2008, Young Fathers’ distinctly experimental approach - what many have had trouble terming as ‘alternative hip-hop’ - colours much of this record, with no rigid rules or structuring in place in terms of signifiers amidst this sonic chaos that might help us nail down their specific sound. ‘Mmmh Mmmh’, for instance, is an aggressive soundclash that wouldn’t be out of place on a Death Grips album; its mechanical rhythms and domineering bass providing the platform for some rather disquieting vocal snarls. ‘Get Up’, meanwhile, bears some resemblance to the same demands once made by James Brown in terms of its shakeable rhythm and the imploring title refrain, yet there’s a pervasive uneasiness about it that disqualifies it from being an appropriate playlist companion for The Godfather of Soul – not least when “FOR A REVOLUTION!” is actually barked at one point.

The mish-mash of styles on Dead makes for a globalised texture, an eclecticism that appears to know no bounds. For some, it may all be a little too much to handle. But if you’re looking for a thoroughly twenty-first-century record that’ll challenge your preconceptions and bombard the senses, then Dead is something that’s definitely worth your while. Massaquoi, when asked for his personal take on the record, tersely opined that 'it means everything and nothing.' Such polarities may very well determine the overall response to Dead, but the good news for Young Fathers is that it’s a work that inescapably demands a response, a reaction. And that’s a fine achievement for any debut album to rack up in this age of multimedia passivity.