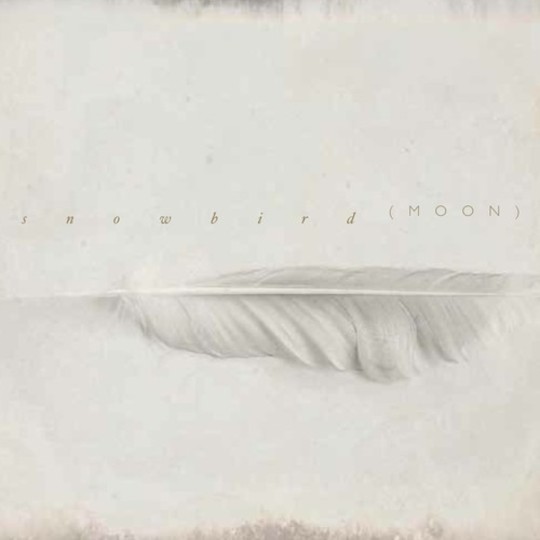 Ever wondered what being trapped inside a dream might sound like? Simon Raymonde and Stephanie Dosen - aka Snowbird - may have pondered such otherworldly posers if Moon is anything to go by. Their first complete batch of songs - despite initially collaborating seven years ago - the duo comprise former Cocteau Twins multi-instrumentalist Raymonde and American chanteuse Dosen, whose vocals have graced The Chemical Brothers on record and Massive Attack's live show in the past.

However, it was Dosen's 2002 debut Ghosts, Mice & Vagabonds that brought her to the attention of Raymonde, and having signed her to his Bella Union imprint four years later, released the long-awaited follow-up A Lily for the Spectre to widespread critical acclaim in 2007. While Dosen's voice has been in demand from other artists ever since, its here on the eleven dreamy compositions that make up Moon her unequivocal talent reigns supreme.

While comparisons with Liz Fraser are inevitable, and for the most part utterly lazy, there's a rich, lilting texture to Dosen's voice that recalls the likes of Juliana Hatfield or even Karen Carpenter at her most reflective. Recorded last year in Wales and London, Moon finds its creators at their most serene over the course of its 45 minutes. Opener 'I Heard the Owl Call My Name' is as dainty as its title suggests, Dosen's softly worded coos perfectly accompanied by Raymonde's soothing keyboard melody.

Its this plaintive approach which ensures Moon oozes a deft simplicity throughout. The swooning 'All Wishes are Ghosts' finds Dosen at her most sensual, imploring "Just stay here, my darling," at the song's unrequited object of desire. The stripped down acoustics on 'Porcelain' highlight Snowbird's fragility at its most vulnerable. Arriving in the form of a genteel lullaby composed almost entirely on piano, Raymonde's musical dexterity and production expertise providing a tumultuous fanfare of evocatively layered harmonies and rapturous orchestral interludes in its final third.

Closing number 'Heart of the Woods' demonstrates yet more strings to the duo's finely tuned bow. An electronic-based lament that echoes London-via-Nottingham hopefuls London Grammar for poise and precision, its arguably Moon's most sprightly number, one eye knowingly trained on the dancefloor, albeit in after hours chill out mode.

Nevertheless, while endearing, Moon's overtly sweet veneer also proves a drawback by way of over-familiarity. That's not to say Dosen's vocal or the sparse compositions accompanying it grate, but at times there's simply little differentiation between the songs.

However, minor criticisms aside, this is elegant dreampop at its finest, and a worthy introduction to the incandescent world of Snowbird.