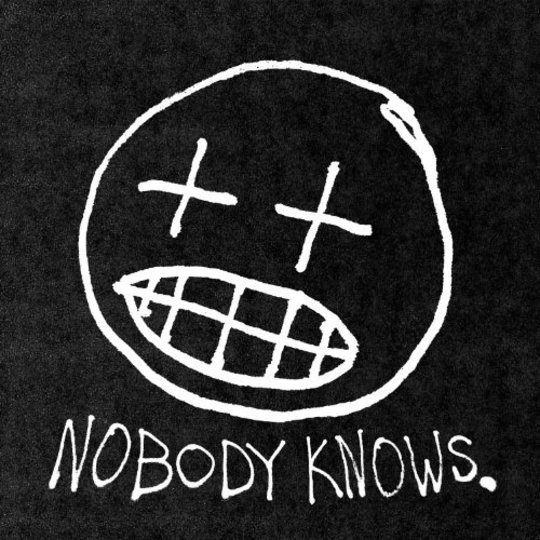 The modern day soul world is a scary place, full of obscure Mercury Prize nominees destined for the coffee table and those beige records that your auntie sings along to when she hears them on Radio 2. You know the ones, found in between that Police song about the red lights and that Katie Melua one about bikes.

Willis Earl Beal has come to save us from this hell and take soul back where it belongs. I’m not sure where that is, I’m not sure if he knows where it is, but it’s definitely somewhere a lot lot stranger.

Nobody Knows, the Chicago chap’s second LP, builds upon the oddness of 2012’s debut Acousmatic Sorcery, turning down the quirkiness from an unhealthy 11 to a listenable six. It would be wrong to call the album a complete departure, but it is a much more conventional record. Well perhaps conventional is the wrong word, I don’t think Mr Beal understands the concept of convention. Shiny, that’s a better word. Nobody Knows is a much more shiny record.

‘Coming Through’ demonstrates this perfectly. Gone are the lo-fi buzzes and in are the pop hooks and Cat Power-style backing vocals. The track is the closest Mr Beal will probably ever come to the mainstream, what with all of its jingly guitars and catchy choruses, but I can’t see him breaking through into MTV land any time soon. Which doesn’t matter, he’s too good to be mixing it with those suckers on the hit parade anyway.

But that’s not to say he’s gone soft on us. ‘What’s the Deal’ sounds like a recording of a man furious that his Dungeon Keeper save has been corrupted on his Windows 95 PC. Those systems really couldn’t hack those little red pixels could they? The track drones along dysfunctionally whilst Beal howls that signature howl of his. It’s all very apocalyptic. But what’s wrong with that? Apocalyptic soul is pretty much an untapped market, which is what music’s all about right? Untapped markets and songs for adverts.

Unfortunately ‘White Noise’ isn’t a cover of the Disclosure groove off of the radio, but rather a haunting acoustic love song straight from the pits of Earl Beal’s soul. Imagine how good a Willis Earl Beal cover would be though. It’d certainly stomp all over that trad-rock reworking those Peace jokers came up with. Brit pop strikes back is gonna be a lot less entertaining than that second Star Wars film, whatever that was called.

There’s something wonderfully sad about the combination of strings and Willis’ voice. ‘Blue Escape’ weeps into your heart, swooping and swooning like nobody’s business. Like many of the tracks on Nobody Knows it really captures the intensity of his live shows and makes a strong case for him to be the writer of the next American national anthem. Not that the USA are actually looking for a new national anthem… But I they were, Beal would probably write quite a good one.

With Nobody Knows Willis Earl Beal has rescued soul from the depths of the X Factor's Motown week. Anyone who can do that probably does deserve to rewrite a national anthem. Get on the phone Obama. Willis will be waiting.