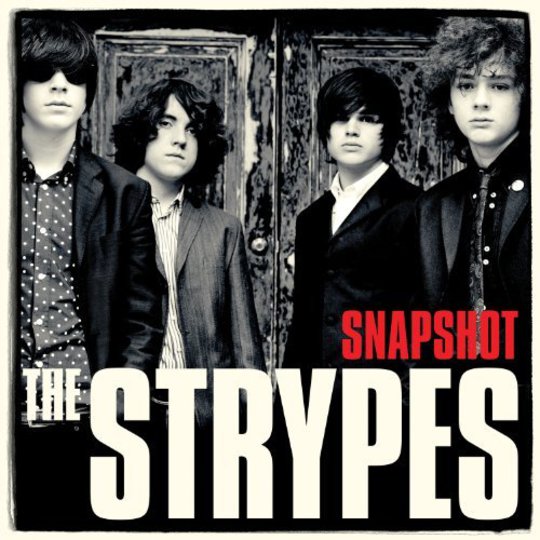 You'd think Miley Cyrus' sudden reinvention as a lurid wet pop dream that should really only exist in the mind of Gene Simmons is about as cynical as it gets. Alas, the former Hannah Montana ain't got nothin' on The Strypes, a band of Savile Row-suited tykes who seemingly stumbled upon their parents’ record collection and decided to give it a go.

Any related literature tends to focus quite heavily on their age, so let’s get that one out of that way quickly - they’re young. They’re young and their music is old. That’s it. That’s the entire gimmick. And boy, is it ever a gimmick. I hate it when someone gives away the ending, but if The Strypes are still a going concern when they hit the big three-zero, well that’s a twist worthy of Shyamalan.

It’s depressing but sadly not all that difficult to see why they boast celebrity fans such as Dave Grohl, Noel Gallagher, Paul Weller, Elton John and the great Stewart Lee, nor why some sections of their fan base react so rabidly to any slights levelled at the band. The Strypes are a mechanical device, a tool for nostalgia disciples to live vicariously through. Originality isn’t important here (which is helpful, as there is none), rather strict dedication to regurgitation and how dare you if you have a problem with a bunch of teenagers rocking out like it’s the Swinging Sixties all over again?

Snapshot opens as it means to go on, the boys riding in on the same shamelessly derivative wave of feedback not heard since Jet washed up on our shore a decade ago. ‘Mystery Man’ borrows liberally from just about everything it needs to, but will probably just make you wish you were listening to ‘Fell in Love with a Girl’ instead. ‘Blue Collar Jane’, meanwhile, is all creepy swagger, a bouncy ode to a hip young dead-eyed thing, tragically out of reach. Actual lyrics: “Blue collar Jane lives in 54, Always has a teacup when she knocks upon my door/She just wants some milk and sugar but all I want is her, Blue collar Jane, my girl, you're causing quite a stir”

Actual lyrics. And on it goes, guitars, drums, harmonicas all blazing as the boys howl from one tired subject to another at a pace that clumsily alternates between breakneck and languid. ‘Angel Eyes’, a tribute to the The Good, the Bad and the Ugly villain of the same name, proves an absolute crawl. On the other end of the spectrum, the migraine-inducing ‘She’s So Fine’ is little more than noise, a seemingly endless two minutes and 20 seconds capped off with some muck about how “She float like a bee but she sting like a butterfly”. Not even Kanye could make that work. He also probably wouldn’t get away with butchering Bo Diddley’s ‘I Can Tell’ and nor should The Strypes who seem to take joy in taking a classic and kicking it down a flight of stairs.

Covers are nothing new for the Irish outfit, of course. Having made their name with sets mostly made up of other people’s music, The Strypes could hardly pass up the opportunity to follow suit on their major label debut. Snapshot features a handful, something the band have defended by shrugging apathetically and pointing out that both the Rolling Stones and their beloved Dr. Feelgood did the same in their early days. Sound argument, only there’s zero indication that The Strypes will one day forge their own path, or even care enough to. Their debut is just minute after minute of hollow pandering. One Direction are more rock and roll.

Snapshot is a record devoid of hope. A vacuum where merit and meaning die slow. The Strypes wield their instruments with gusto, it’s probably not entirely their own fault and it takes brass balls for a band this transparent to chuck in a - actually tolerable, hooray! - version of ‘You Can’t Judge A Book By The Cover’. So that’s three points. Shame about everything else.