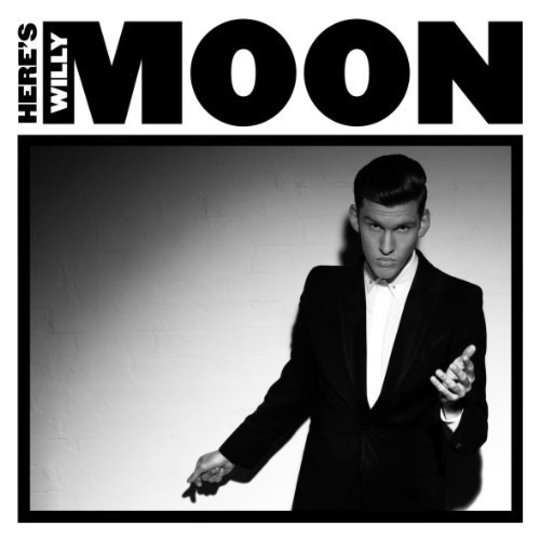 As somebody who has never owned an Apple product, and not been seduced into paying a visit to Chapelfield and walking through the clear welcoming expanse of the Apple Store entrance to get seduced by a blue shirted person with the enticing charisma of Willy Wonka and the street savvy tech babble tongue of Kevin Pereira, a significant of the Apple advertising campaigns have passed me by. I’m not like an alcoholic television viewer who leaves the room when asked 'Have you got a WKD side?' - I haven’t consciously turned my back on the cult of Jobs, or boycotted Apple products for some spurious self-righteous reason. I just haven’t really had the cash to afford them.

Despite not being part of Apple’s target market (under the criteria - the poor (but not proper poor), or somebody that doesn’t like to use a credit card) you can’t ignore the power and influence of the Apple branding, and music has played a big part in that. Those shadowy dancing people, faceless and personality free, bopping along to high energy addictive pop rock, the only thing prominent being those shiny iPod’s they’re holding, I was familiar with the fact that Willy Moon’s ‘Yeah Yeah’ was used in 2012 to promote the latest Touch, Nano and Shuffles. Millions felt curious enough to view the track on YouTube, and some even downloaded it for their expensive devices. Moon had a foothold, an audience. But that same audience can move on quite quickly and not stand by their musical artists, in these times when music is rather disposable, especially when their songs no longer are used in the latest advertising campaign. See, I’m speaking here for the music listener who no longer obsesses over a band or an artist, but has lost touch somewhat, and like Tarzan swings from one vine to another trying to grasp onto the next big thing.

Here’s Willy Moon is a revivalist Fifties inspired rock album with a cool hip hop twist. ‘Cool’ is such a subjective word, but I’m using it here to illustrate a key component of Moon’s act – coolness. He dresses like a Fifties Teddy Boy and seems to have a good knack of mixing his influences, mining the past for samples, and putting them together to form snappy pop nuggets that don’t outstay their welcome. Moon wants us to know that he has cool tastes; his association with Apple reinforces his cool credentials.

Moon isn’t an originator, and you can make comparisons that are both cruel and kind - Bruno Mars, The Way I See It-era Raphael Saadiq and former X Factor contestant Marcus Collins; you can even connect Collins and Willy Moon, given that Collins covered the White Stripes’ ‘Seven Nation Army’ and Willy Moon has supported Jack White on tour and released a single on White’s Third Man label. It’s cool that Moon knows Jack White.

But let’s get to the point, is Here’s Willy Moon worth a listen? Well, it certainly won’t take up much of your time - the album is over in less than half an hour; but these short bursts are relevant, and at the same time retro, as they harp back to the old rock n’ roll days of sub three minute songs that dragged your grandparents (or even great grandparents) onto the hardwood dance floor of the local community centre hall, and got them jiving until they were sweaty and a little short of breath.

‘Get Up’ reminded me a lot of forgotten Mark Ronson collaborating pop hope Daniel Merriweather, with that now familiar Yeezy-lite production. It’s one of those motivating songs where an artist is empowering the listener to get their arse in gear. Speaking of Yeezy, ‘Railroad Track’ has already drawn a lot of flak for resembling ‘Jesus Walks’ because it also samples The ARC Choir. It is a rather dramatic contemporary blues song about life’s toils, with whistles, bells and picks.

Evidently Willy Moon likes his hip hop. ‘Yeah Yeah’ shows that he digs 36 Chambers, and the song plays up on the fact that pop probably shouldn’t be analysed, and subscribes instead to the view that we should just rock along to the music and have fun with a dumb smile on our faces. However since I am supposed to be criticising Moon, I should say that his attention deficit, like a West Indies pace bowler from the Eighties he loves the short stuff, costs him, in that there is a lack of substance in the middle of the album as tracks fly by, melting into each other, and because the album bombards us early on, it doesn’t pick up until the final stretch.

‘Working For The Company’ joins the long list of songs about work related feelings of inertia. The song seems indebted to musicals, with the unsubtle nod to Fiddler on the Roof, as if imagined by the cast of Bugsy Malone. ‘Shakin’ is inferior to Jack White’s more authentic take on the song, but Moon slows it down and puts a darker spin on his version. ‘She Loves Me’ is the Kinks reimagined, and towards the end we are confronted with another cover in ‘I Put A Spell On You’, it gives you the impression that Moon thinks, well, to hell with it, rather than reworking something and putting it out as his own, let’s just cut out the hassle, learn the lyrics and cover a classic song.

Given that Willy Moon owes too much to the old rock stars, and that most of their first albums consisted of covers and unoriginal material it would be unfair to believe that Moon will forever be a revivalist. Questions remain - will Moon be the master of reinvention, and this album mark his Fifties phase heard through the ears of a hip hop head? Can he release something next time around that is captivating rather than catchy?