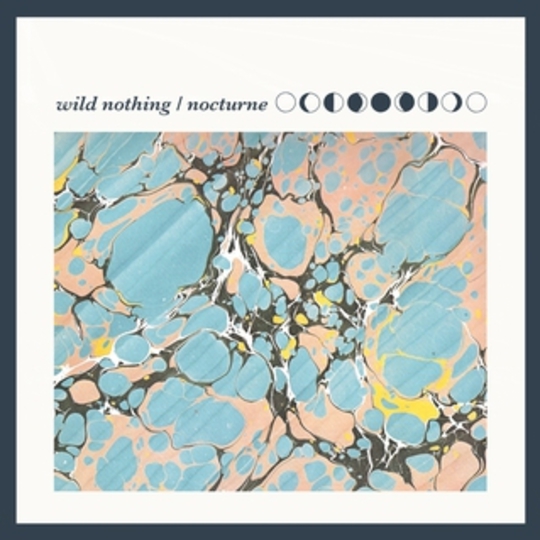 When Jack Tatum emerged under the pseudonym Wild Nothing in the summer of 2010 with the glorious Gemini, the wave of praise trailing in its wake ensured the record would feature high on many end of year lists. With such an outpouring of critical acclaim come many pitfalls, the most obvious being whether or not the follow-up can live up to the standards set by its predecessor.

As an introductory statement of Tatum and Wild Nothing's intent, Gemini's key facet was its deeply personal touch. Stripped down and laid bare, songs like 'Chinatown' and 'Our Composition Book' seemed like autobiographical commentaries of a period in their creator's life he'd maybe rather forget ("I'm happy to be running away"). Set to a soundtrack unashamedly inspired by the musical underground of the Eighties, clear reference points included New Order, The Cure, and any number of Sarah Records bands worth mentioning from The Wake to The Field Mice. Understated without being twee, honest yet not overbearing, the future looked rosy for Wild Nothing, even if Tatum's lyrical observations painted an altogether different picture.

Having recruited a full band soon after, it was clear that Tatum was progressing towards a richer, more expansive sound on his next recording. When that appeared in the shape of the Golden Haze EP, any doubts regarding Wild Nothing being genuine indie contenders dissipated in an instant. Melancholic yet brimming with an urgency many of his peers would be proud of, the likes of 'Your Rabbit Feet' and 'Vultures Like Lovers' usurped Gemini for textured emotive sweetness. Once more the bar was raised. This time to a potentially unattainable level.

So with such a flawless, distinguished back catalogue to live up to, Tatum and band had to pull something extra special out of the hat. While Nocturne has obviously taken a while in the making, it's certainly a more polished affair than its predecessor. From a production point of view at any rate. Hi-hat crescendos announce the arrival of over half the 11 tracks here, while the lavish, slightly dancier sound underpinning most compositions make it a fairly reticulated companion for The Wake's own second effort Here Comes Everybody.

As far as those weighty expectations go, anyone expecting or at least wanting Gemini part two shouldn't be too disappointed. Nocturne could even be described as being more ambitious, structurally. Where it falls a tad short is in its formulaic nature, particularly throughout the second half. At its best though there's little to suggest Tatum doesn't possess the nous to be the Bob Wratten or Robert Smith of our day.

Take the upbeat opener 'Shadow', its Northern Soul style backbeat paving the way succinctly for lovelorn couplets like "I try to feel something for you, but that's all that I can do." Listen closely and there's more than a passing nod to The Cure's 'Pictures Of You', lyrically at any rate. 'Through The Grass' too conjures up a dreamy delight, its delicate melody opulently pitched between Gemini's lo-fi introspection and Golden Haze's tragi-disco. 'Only Heather' too sits more comfortably on the dancefloor than the claustrophobic confines of a bedsit. "She makes me feel high" coos Tatum in what can best be described as the polar opposite to Gemini's running conceptual theme. 'The Blue Dress' continues Wild Nothing's dabbling with widescreen atmospherics, its tale of "imaginary love" once again rivalling Robert Smith and The Cure's more heartfelt moments.

Sometimes there's a tendency for familiarity to seep in. 'This Chain Won't Break' forgoes the happy-go-lucky approach ("I just don't know what I've got myself into") coarsing through Nocturne's veins for a more reflective throwback to the Wild Nothing of yore. 'Disappear Always' also follows a more predictable route than what Nocturne's set itself up to offer. Album closer 'Rheya' also feels quite secluded and inhibited where its predecessor's finale soared. Maybe if Tatum had taken the 'less is more' approach, Nocturne's impact would have been greater.

Minor criticisms aside, this is still a highly enjoyable record that knocks spots off most of the competition still tripping over each other's shoelaces to be the most shambolic lo-fi band in town.