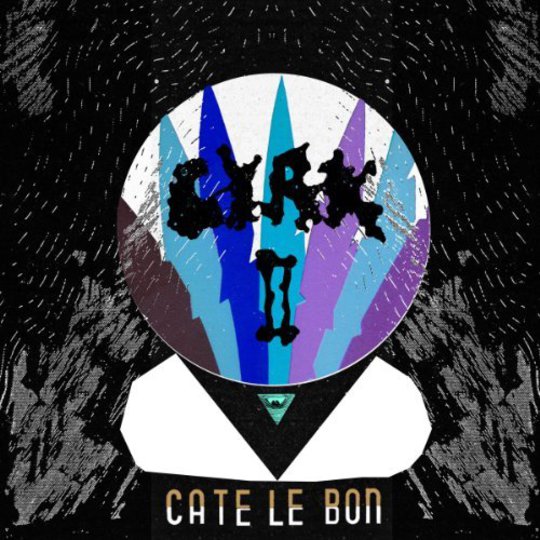 Back in April Cate Le Bon’s second album CYRK saw her stride confidently out of the sizeable super furry shadow of her mentor and collaborator Gruff Rhys, finding the right balance between melodic irreverence and eclectic musical curveballs, matched to a darker tone where Le Bon’s droll vocal delivery could feel right at home. If she is Nico to Gruff Rhys’ Lou Reed, or, probably more appropriately, John Cale, then CYRK was her Marble Index in so much as she gained deserved personal recognition. Perhaps what was most impressive was that she achieved this whilst borrowing the Super Furry Animals’ instruments to record the album, having Gruff Rhys provide backing vocals on its opening track and releasing it through his label.

CYRK II consists of the remaining five songs of the 15 recorded in the album sessions, which supposedly separated themselves into two distinct camps. It’s easy to be make assumptions about why certain tracks didn’t make the finished album, but whilst the songs on CYRK II are unmistakably cut from the same cloth, they don’t have the air of cast-offs or leftovers. In general it’s not so colourful an affair with Le Bon borrowing less from the Furries’ toybox. There’s certainly nothing with the kind of twinkly eyed charm of ‘Put Me to Work’ or the fuzzy freewheeling psychedelic feel of ‘Cyrk’. When the quaintly shanty-like keyboard tones appear on ‘Eiggy Sea’ alongside what sounds like the woodblock sounds of a primitive drum machine and dry guitar it sounds like it’s a bit like a folk-rock Young Marble Giants. It’s a pleasant blend though and gives way to soothing harmonies that find Le Bon in fine chanteuse form. Conversely, the synth that burbles up through the dull lethargy of ‘Seaside, Lowtide’ is its only point of interest. At five minutes plus it’s longer than every song on CYRK bar one and potentially hints at the creative well drying a little as Le Bon pads with unmemorable guitar jams and nary a hook to be heard.

In simple terms CYRK II is more of a guitar record. The spare chugging guitars of opener ‘What Is Worse’ sound potentially too raw and simplistic to begin with, but embellished with glimmering treble notes, Le Bon’s dead pan vocal delivery and arch melodic twists it grows in complexity and infectiousness. ‘That Moon’ and EP closer ‘January’ both prove that even stripped of her more eccentric tendencies, Le Bon is a stronger straightforward singer-songwriter than she’s ever been; the former track a beautiful nocturnal folk ballad and the latter all bitter-sweet chiming guitars until loses focus a little with more tuneless noodling. CYRK maybe have been an eclectic affair, but the melodies remained to fore. CYRK II can’t help but display its studio leftover roots in the passages of bland jamming, but there’s enough of Cate Le Bon’s virtues underpinning the EP to still recommend it.