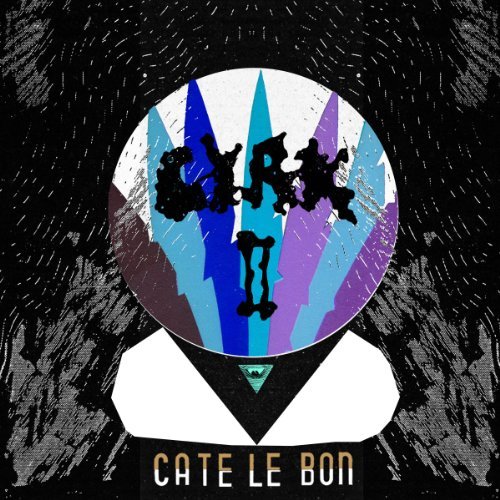 CYRK II can’t help but display its studio leftover roots in the passages of bland jamming, but there’s enough of Cate Le Bon’s virtues underpinning the EP to still recommend it.»

vinyl only release with download. a follow up to the welsh singer's second album, 'cyrk', which was released earlier this year, 'cryk ii' features tracks from the 'cyrk' sessions which didn't make the final lp. during the cyrk sessions, back at the dawn of 2011, a grand total of 15 songs were recorded. as they began to form as finished articles they naturally pooled into two camps. whilst 'cyrk' bounds around erratically and unknowingly like a younger sibling, 'cyrk ii' is its older sister, bearing songs of a more starkly confessional nature. although there is a longing and sadness that litters 'cyrk ii', it never truly realises itself, often hiding in the forest of lyrics and interrupting instrumentation when on the cusp of revealing too much.
description from www.roughtrade.com