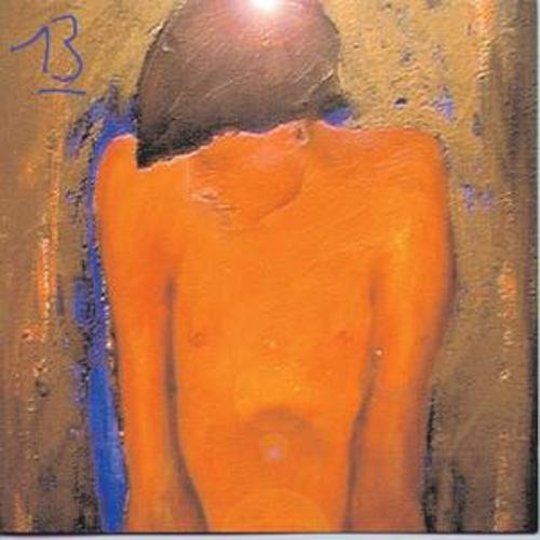 It’s odd how certain records can date you so precisely. I vividly recall my debut listen to 13 as a 17-year-old, sat amongst a scattered assortment of university prospectuses and myriad potential pathways to life. It was an age where, for the first time, you had to confront and take hold of your future: accept that soon, things needed to get vaguely serious after you stepped off the pre-set conveyer belt of primary school/secondary school/GCSEs/A-Levels and start to map your own destiny. You're still young, you're still full of untapped energy, but the time arrives to take control and mark out your true identity. Time to step away from the herd.

Though I didn't realise it at the time, with their sixth album, Blur were in a somewhat similar position. Though it's often cited that 1997's self-titled record was Blur's coming-of-age, I’ve always considered that particular album to be the band getting hold of their baser instincts in a blast of sheer anger, frustration and cathartic release: though clothed in darkness, it's still essentially a band breaking free of their ToTP shackles and dancing semi-nude in the sun waving two fingers to the puzzled crowd. 13, on the other hand, was an entirely different beast: a point where Blur began to truly expand beyond their template and highlighted a firm desire to step away from previous influences; as demonstrated by the recruitment of William Orbit (still one of the most sought after producers in the world at the time after his work with Madonna on Ray of Light) to replace longstanding producer Stephen Street. And as a consequence, 13 resounds with spectral frequencies, woozy atmospherics and (most tellingly), a surfeit of synthesisers. The result was a record unlike any they’d even come close to before. It was a paradigm shift in tone, style and approach that effectively broke away from the ice-shelf of their previous work, and carried their legacy towards vastly different hemispheres.

Hidden away amongst unusually cryptic lyrics, the catalyst driving the themes of the album was undoubtedly Damon Albarn’s well-publicised split with Justine Frischmann. Somewhat unfortunately (though these are how the PR wheels rattle) this was overtly talked up in the weeks before the album’s release, culminating in Mogwai’s famous/infamous "blur: are shite" T-Shirt campaign (a venture which, of course, had ABSOLUTELY NOTHING to do publicising the release of Come On Die Young around the same time). But ill-conceived PR or not, 13 is certainly a record that drips with regret and poorly-shrouded sorrow. Yet it initially puts up a good fight. ‘Tender’ is as sweet and grandiose an opening song as anything from the Nineties, with the addition of the London Community Gospel Choir pointing the first way towards Damon’s future endeavours in alternate musical genres. ‘Bugman’ is face melting treble onslaught and a clear Bowie homage, though covered up in enough absurdity to make it their own. And then there is ‘Coffee and TV’: Graham Coxon’s first major step into the songwriting spotlight and a glorious, sweetly-shy classic melding pure melody with one of the most mercurial anti-solos of the decade. And though its legacy was clearly enhanced by one of the greatest music videos of all time, it remains one of Blur’s career-defining landmarks. And then the initial portion of the record closes with the unfettered backwoods mayhem of ‘Swamp Song’, a track which never quite seems sure whether it is out to charm or assault you.

It’s about this point that 13 drops its bonhomie and takes off the brave face. The oppressive churn and torturously wrought coda of ‘1992’ and the ethereal spookiness of ‘Battle’ mark the threshold between old and new Blur. There is more focus on the atmospherics, more gravity given to the backline and at times, Damon’s voice seems almost left behind as the sorrow overtakes him. There is relief given in small patches with the prevalence of nagging, quirky motifs popping up between the tracks to act as spacers between the bursts of intensity; the ramshackle, shape-shifting ‘Mellow Song’ adding a turn of direction; and the pogo-punk of ‘B.L.U.R.E.M.I’ showing that the punk heart of the band was still beating strong, albeit now clad in an amyl-drenched silver veneer. Only ‘Trailerpark’ truly fails to meet the grade at the centre of the record; being four minutes of faintly tedious hip-hop that sounds fine as an idea in principle, but never quite ignites. You can almost imagine critics at the time warning Albarn to stay away from beats. And of course, we all know what happened next…

But amidst it all, the stunning, monolithic ‘Caramel’ provides the pivot point. Orbit’s work is never more impressive as when he gathers a storm of bleeps, mournful backing vocals, trills and answering cries behind Damon’s early-light character analysis of “I’ve got to get over / I’ve got to get over / I’ve got to get better / I’ll love you forever”. Then, in one of the most magnificent moments of the band’s canon, a jazz drum pattern suddenly and unsettlingly interrupts, followed by a musical shock wave of pure heartbreak and emotion, underlined by Coxon’s jagged guitar lines. As a moment of expressive heartbreak, maturity and defining the growth of a band who had unfairly been labelled as 'New Lads', it is something quite breathtaking.

‘Trimm Trabb’ sees Coxon’s guitar add 'moose roar' to his assorted sounds as a sly dig at popular culture suddenly turns into a riotous explosion of release and raw energy. And then, the mask finally shatters with the bleak, raw-ended gospel sorrow of ‘No Distance Left to Run’. Generally mauled by critics at the time, it has held its beaten shoulders up over the years and now seems an almost fitting conclusion. Oddly, it’s the only moment of true sorrow on the record and the fact it comes right at the death tells its own story. It’s almost like the band have spent an hour trying to hide the sadness until the strength of will and limb has finally gone, and down come the tears. And finally, it is left to the fairground Wurlitzer instrumental of 'Optigan 1' to provide a note of hope, taking you home hand in hand.

In terms of any sonic tinkering, it’s difficult to argue that there’s much different on display here. For a record so defined by the sound and texture that Orbit afforded it, it would be foolish to change too much around. Nevertheless, there does occasionally appear to be a little more definition and depth around the low end; and a certain clarity to Damon’s voice that makes it stand out from the music that little bit more. Whereas it does imbue a touch more focus onto the lyrics, it’s difficult to argue that it improves the sound of the record in any way. In terms of the bonus CD, it’s one for completists only; though that certainly isn’t to say that there aren’t a few gems dotted around. It’s nice to finally here a full version of the Beagle 2 call-sign (composed for the ill-fated Mars lander mission… though what any Martians would have made of the seasick bass lines and scabrous guitar is a question we’ll sadly never know the answer to). Of the other material, ‘All We Want’ stands out with an immediate chorus-amongst-the-chaos that points straight towards the first Gorillaz record, while ‘Black Book’ slouches languidly amongst a churning sea of guitar. Of the rest, the best material is found with the remixes, with the Cornelius Remix of ‘Tender’ still sounding fresh and endearingly, and an intriguing four-way tussle between the bandmates for the best remix of ‘Bugman’, with Graham winning out due to his furious, hip-hop techno smorgasbord. And there’s also the fine ‘Music Is My Radar’, as heard on the 2000 'Best Of'. Not without charm, but for Blur obsessives only.

There's always been an argument (and it's an understandable one) that Blur are the epitome of a great singles band. And it's certainly true that some of their finest work is found within the nooks and crannies of some of their more variable records. But even more so than Modern Life is Rubbish and Blur (their other two truly great works), 13 stands out in retrospect as Blur's defining studio album; for the simple reason that it showcases all the multiple facets and personalities that made them such a unique band. When Blur gloriously destroyed the main stage at Glastonbury in 2009, the success was due to the combination of vicious punk influence, pop understandings, experimental flourishes and the maturity and intelligence to pull the whole thing together into a few magical moments of luminosity and expression. 13 is the studio equivalent of that magical night: that unfettered energy, that unique blend of abilities, that collusion of songwriting and compositional skills and that ability to blend light and dark - energy, emotion and melody to such profound effect. More than anything, 13 is the record where Blur dropped their guard, showed their heart and cemented the position they had scaled and fallen down peaks so many times over the past decade to achieve. And as a stinging legacy, it holds aloft a gigantic question mark as to what more they could have achieved if they’d only managed to all stay together and continue down this line for a few more albums. Growing up can be demanding, but when it sounds this intoxicating, alluring and brave; it’s hard not to close your eyes and jump in headlong.