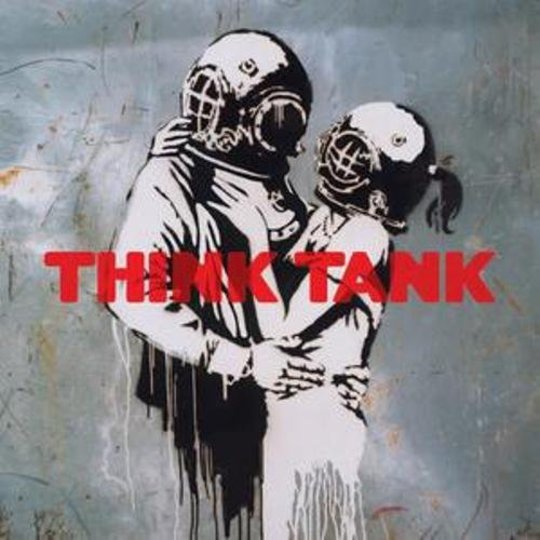 The date is 12 December 2003. Later this evening Blur’s Alex James will play his final gig with the band for six years but right now he is at Bournemouth School for Boys being shown the music department’s pride and joy - the gamelan. In case you’re wondering, the gamelan is a giant Indonesian percussive instrument and as midlife crises go, this one is pretty low key. The ASDA sponsored range of ‘Alex James Presents’ cheeses was still to come.

To cut a long story short, the grammar school alumnus also gave a lunchtime Q&A session where neither the Groucho Club or the Gallaghers were mentioned, flirted a bit with a blonde geography teacher and then wandered off to the Bournemouth International Centre. The gig itself was a crushing disappointment or I was crushingly disappointed ‘Parklife’ went unplayed... it’s hard to remember. Either way, it was my first ‘rock concert’ and I didn’t get to shout “Who’s that gut lord marching?” at the top of my lungs.

For this reason, I never really got on with Think Tank and - until a couple of years ago - it was the only Blur album I’d given much attention to bar their Best Of. As memory served, ‘Crazy Beat’ was fun to bop around in your room to but wasn’t as silly as ‘Girls & Boys’, ‘Good Song’ had a cool video which managed to combine classic ball in groin humour with squirrel-based violence and the rest of was gracefully dull dad rock.

It’s worth noting that most people thought differently to me. This ‘ere website heralded the album’s “mature beauty” with a 10/10, while almost every other British music publication’s end of year list would feature the record in some shape or form. The NME even reckons Think Tank is the twentieth best album of the Noughties.

With a double CD reissue of the album having been pulled together in time for the reunited four piece’s Olympics gig, now seems the perfect time for a personal reappraisal of Think Tank. Since my favourite band is no longer the Red Hot Chili Peppers, will my appreciation for Damon Albarn's willfully obscure musings have improved? Did I innately miss the presence of Graham Coxon despite not knowing who Graham Coxon was at the time? Am I taking my mild dislike for an otherwise universally lauded album way too seriously? The answer to at least one of these questions is an emphatic ‘yes’.

My major qualms with the record remain the same nine years on. It's lacking both the tongue-in-cheek warmth and the big arms aloft moments of Blur’s earlier records. If it weren't for 'Tender' and 'Coffee & TV', you could easily say the same for 13 but then that LP wasn’t recorded in Morocco or a barn on National Trust land in Devon. Viewed with the benefit of Damon Albarn’s late-Noughties cultural pick n' mix projects, this album is an apt prelude.

'Out Of Time' makes the most compelling case for this realigned Blur with their frontman firmly in the driving seat. A dazzling acoustic ballad fleshed out with flourishes of twinkling xylophone and Eastern instrumentation, it's the best bits of Revolver strung together around a quintessentially morose chorus. "You've been so busy lately that you haven't found the time to open up your mind and watch the world spinning gently out of time," coos a disarmingly withered Albarn.

Aside from 'Caravan' and the Coxon-featuring album closer 'Battery In Your Leg', the rest of Think Tank is preoccupied with middlebrow experimentation of the forgettable kind. James and Rowntree muster all their rhythmic abilities to flesh out 'Ambulance' and 'Brothers and Sisters' with a compelling churn but even they eventually succumb to the album's mid-paced drift. Packed with ideas but short on direction, the abominable free jazz outro on 'Jets' sticks out as a particularly bewildering moment of artisan filler. A special mention is also due to 'Moroccan Revolutionary Bowls Club' which isn’t half as interesting as its contrived title implies.

As the first and last album Blur recorded as a trio, it’s tempting to scour the second CD of this reissue for clues what its successor might have sounded like. Given how uniformly scattershot Think Tank is, this is a bit like looking for a needle in a haystack full of needles. ‘Money Makes Me Crazy’ is the disc’s best cut, an upbeat number laced with sarcasm not dissimilar to ‘Country House’ or ‘Charmless Man’. No doubt this cheeriness cost it a spot in the final tracklisting. Another welcome break from an array of joyless rambling is ‘Some Glad Morning’ which goes to underline just how important Coxon’s shambolic guitar was and still is to the band. When compared to recent singles ‘Under The Westway’ and ‘April Fools’, it’s difficult to comprehend the aimlessness that underpins ‘Tune 2’ and ‘The Outsider’.

Amidst the hotchpotch of deserved offcuts, a XFM session recorded for Zoe Ball’s show in October 2003 really does sparkle. Performed acoustically ‘Caravan’, ‘Good Song’ and ‘Out Of Time’ all defy the airs, graces and meandering fuzz their studio versions were embellished with. This uncluttered intimacy is so at odds with anything else on the re-release that Albarn’s enthusiasm is infectious when he demands “I want everyone in the studio to start singing it” as the outro to a sublime rendition of ‘Tender’ rolls into view.

I’m no amateur psychologist but if I was, I’d say Alex James came knocking on the doors of Bournemouth School for Boys all those years ago because he’d lost sight of this romanticism. Returning to the place where he first got a taste for music must have appealed at the close of an album tour where every note performed was over-thought or overly familiar. If Think Tank is to be Blur’s final LP, then ‘technically brilliant, occasionally inspired’ is not the unfeeling epitaph they’d want. Judge them purely on their seventh album and it’s the one they deserve.