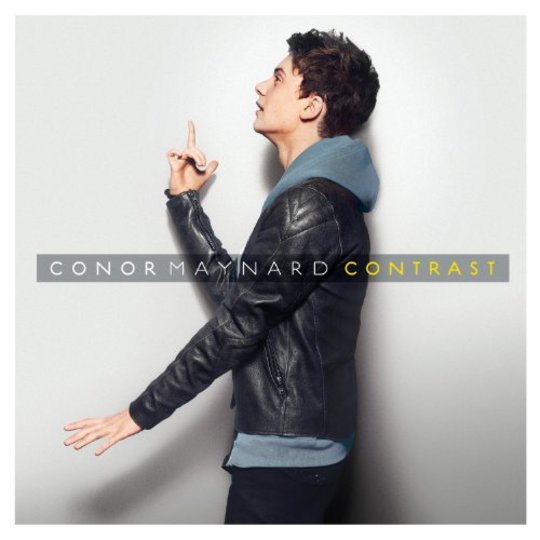 Since it’s physically impossible not to mention Conor Maynard without also name-dropping Justin Bieber, lets get this comparison out of the way. Like his transatlantic cousin, Maynard initially made his name on YouTube with a series of cover versions which have helped amass his channel almost 70,000,000 views. Like the Bieb-machine, Maynard is a decidedly fresh-faced chap with only 19 years to his name, a winningly innocent smile and the voice of a cherub. Unlike young Justin, Maynard is a bit of a letch in the classical British tradition of a cocksure lad about town.

“Grab me by the neck and don’t you ever let go, mess me up so good until I’m begging for more,” commands the cravenly sensual heartbreaker ‘Animal’ - the opening track of his debut album Contrast. It’s a far cry from the soppy ballads Conor built his army of 400,000 Mayniacs on but then again, he is a different brand of teen popstar. Even if their off-stage personas suggest otherwise, One Direction and good old Justin rarely hint at getting to further than first base. Maynard on the other hand is not shy about dropping the phrase “peel my banana” and we’re inclined to let him get away with it.

Contrast is a smart album of ‘in the club’ anthems which reaches well beyond the teenybopper crowd and hints at a FutureSex/LoveSounds to come. For a new act emerging from outside the X Factor hit factory, Maynard has managed to draft in an impressive list of collaborators. Ne-Yo, Pharrell and Rita Ora all crop up while Frank Ocean contributes the typically sensitive and falsetto-heavy ‘Pictures’. It’s all determinedly grown-up and if ‘Headphones’ hadn’t made the cut - “I’m gon’ do the jerk, I’m gon’ do the doggy, I don’t even care if you watch me party” - you’d struggle to pinpoint this as the work of a bloke whose life learnings can’t amount to much more than the rules of Ring of Fire.

In avoiding the cookie cutter personalities of his peers Maynard’s opening statement to the world of pop is partly damned by its facelessness. One thing you’ll be left in no doubt about however, is that Maynard has an eye for the ladies. ‘Can’t Say No’ underlines this point with its particularly insistent chorus, “Girls, girls, girls, I just can’t say no. Never see them coming I just watch them go”. Guffaw-inducing? Slightly. Catchy? Like a specially engineered strain of ebola that’s been crossbred with the most infectious dubstep wobble imaginable.

More than anything, what impresses about Contrast is the quality of songs on offer. At 14 tracks long there’s fat to trim - like the forgettable ‘Mary Go Round’ - but much less than you’d expect. It’s been a while since the UK had a decent male popstar to shout about, Conor Maynard is well on his way to being that man.