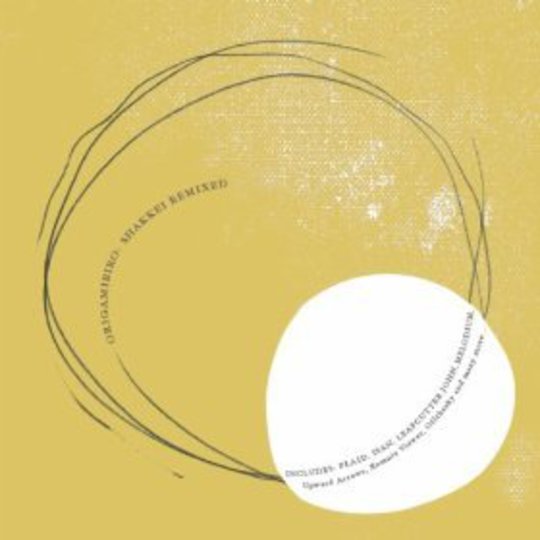 In a climate of clones and copyists, it makes a refreshing change to highlight a collective of artists creating something truly unique at every turn. Step forward Origamibiro, a trio comprising musicians cum producers Tom Hill and Andy Tytherleigh, alongside visual artist Jim Boxall (aka The Joy Of Box). They're perhaps better known individually for their work with other projects: Hill was formerly one half of experimental duo Wauvenfold while Tytherleigh and Boxall's previous collaborations on production and video duties include Seasick Steve, Do Make Say Think and DJ Krush. Although initially started as a solo vehicle by Hill five years ago, it was last year's Shakkei that finally focussed the individuals on the three-piece. Fusing textured ambience with discordant beats, a smidgen of classical orchestration and occasional post-rock sensibilities, comparisons with the likes of Four Tet and Boards Of Canada weren't far behind.

Currently operating between Hill and Boxall's London base and Nottingham, which Tytherleigh and label Denizen Recordings call home, the combined delights of Shakkei also attracted a host of admirers from within the experimental electronic genre. With so many established artists in thrall to Origamibiro's works, many of them offering their services as remixers and arrangers, it seemed like a logical next step for the results to see the light of day in an official capacity. And so Shakkei Remixed was born, bringing together an assortment of 17 mixes of the pieces that made 2011's second record such an enticing body of work.

Names ranging from legendary Warp Records-associated stalwarts Plaid to contemporary folk musician and occasional techno dabbler Leafcutter John takes the original compositions into many previously unexplored territories. Indeed its Plaid's reworking of Shakkai's opener 'Impressions Of Footfall' that really takes the bull by the horns, inserting a technological waterfall effect over a simply executed evocative piano melody before marrying it to a crescendo of drum and bass for the final third. Prior to that, Denver's Set In Sand turn Shakkei's centre piece 'Ballerina Platform Shoes' into an atmospheric shuffle, contrasting widely with Texan experimentalist Proem's breakbeat interpretation of the same song. The Remote Viewer meanwhile takes 'Ballerina Platform Shoes' on a 6am excursion to San Antonio's Cafe Del Mar, watching the sunrise in its wake.

Elsewhere, Akron trio Low In The Sky drop dub plates into 'Quad Time And The Genius Of The Crowd' in a fashion that wouldn't sound out of place on Massive Attack's Protection, while ISAN take Shakkai's elegant closing gambit 'Brother Of Dusk & Umber' into a time and space where Brian Eno and Robin Guthrie probably exchange notes and sideways glances aplenty.

Of course a lot of Shakkei Remixed might not make that much sense to those unfamiliar with the original record. However, even as a stand alone artefact for those discovering Origamibiro for the first time, its a solid collection where cinematic ambience rub shoulders gallantly with choppy trip hop and sedated techno.