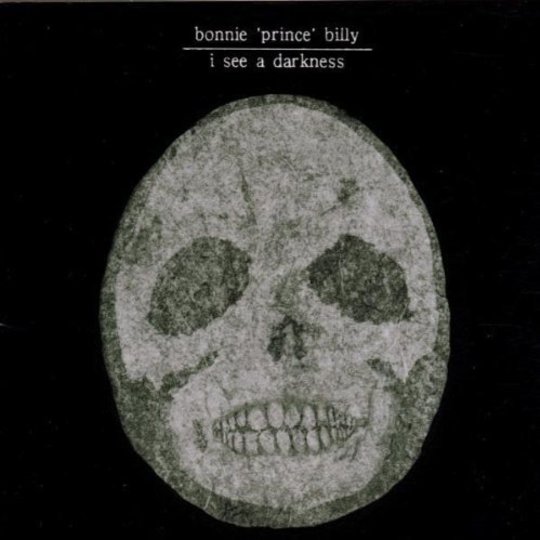 When an artist has managed to release 17 studio albums in 20 years – not to mention 25 EPs and a clutch of live records as well – it’s hard to know where to start. That’s certainly the case with Bonnie ‘Prince’ Billy, an artist who seems to have achieved an almost untouchable status amongst fans and fellow musicians, despite the fact that he’s never even come close to what we might consider ‘a hit’. Balancing dark, introspective lyricism with a sly, dark sense of humour has won Will Oldham fans as diverse as Johnny Cash and Kanye West, but it can make him seem quite daunting to anyone unfamiliar with his music. Releasing records under a number of different pseudonyms and recording different versions of tracks probably doesn’t help either.

That’s maybe one of the reasons why just six of his albums have been reissued this year, all under the Bonnie ‘Prince’ Billy moniker. There’s no clear indication as to why these six have been chosen, and they appear unadorned with extra bonus tracks or any re-editing. Whatever the reason for their reappearance, they definitely help to show some of the threads and themes that have constantly flowed throughout Will Oldham’s works.

If you were a newcomer wanting to know more about Bonnie ‘Prince’ Billy, I don’t think many people would recommend Arise Therefore as an ideal starting point. Originally released as a Palace Brothers record in 1996, the Steve Albini-engineered album is as stark as Oldham gets. Oldham’s quavering vocals are pushed front and centre throughout the record, with simple guitar and piano occasionally enlivened by a basic drum machine. This makes for quite an uncomfortable listen at first, as there’s no hiding from these dark tales and the characters that inhabit them.

It probably doesn’t help that Albini’s no-frills recording exposes the limitations of Oldham’s voice, which strains a little too far off track throughout, but it does underline the unadorned beauty of songs such as ‘A Sucker’s Evening,’ built around a simple, hypnotic guitar line. As with many of his songs, it's never really clear what Oldham is talking about, but with lines telling someone to “fuck him with something” and “give him a goat head”, it’s probably not a topic you’d want to delve deep into.

Other moments – ‘Arise, Therefore’s almost jaunty jangle and church organ backing, the unexpected guitar freakout on ‘The Sun Highlights The Lack In Each’ – suggest some of the routes that Bonnie ‘Prince’ Billy will meander down on later records. The rest of Arise Therefore reverts to that extremely lo-fi template however, and will live or die in your estimation depending on your opinion of such recordings. Give it time, and the simple beauty of ‘The Weaker Soldier’ will reveal itself, but be prepared to put a shift in. If there’s one thing everyone will agree on, it’s that Oldham will struggle to beat ‘You Have Cum In Your Hair And Your Dick Is Hanging Out’ for a track name. (6)

The next release in this reissue run originally appeared under the name of plain old Will Oldham in 1997. It might only be a year older than Arise Therefore, but Joya is a world away from it in terms of dynamics and sonic range. Opener ‘O Let It Be’ is a clear statement of intent, rattling out of the speakers complete with rollicking drums and ragged guitars, and even approaches something that could be vaguely described as a chorus.

Marking the first time that long time collaborator David Pajo appeared on record with Oldham, Joya is definitely one of the most guitar-driven Bonnie ‘Prince’ Billy sets. ‘Antagonism’ could even be Slint with Oldham on guest vocals, his gentle croon riding over a wave of steadily intensifying guitar.

Croon is something Oldham certainly never did on Arise Therefore, and the change in vocals is an interesting progression here. Perhaps more confident and comfortable as a performer, tracks such as ‘Apocolypse, No!’ glide into place with Oldham sounding at his most Neil Young-like. Indeed, if Arise Therefore is Oldham’s Tonight’s The Night, Joya could be his Zuma – a little more conventional, happy to rock out a little bit, and with a gentler touch. You could even describe a track like 'I Am Still What I Meant To Be’ as quite pretty, if you really wanted to push the boat out. If you were looking for a first Bonnie ‘Prince’ Billy album to dip your toe in, Joya would probably be quite high up the list. (7)

Not as high as the record that probably still stands as his finest achievement thus far, however – 1999’s I See A Darkness. The first record to feature the Bonnie ‘Prince’ Billy name on the sleeve, it’s probably the most well-known Oldham album – his After The Goldrush, to stretch an already tenuous Neil Young reference to breaking point.

The first thing that hits you about I See A Darkness is the stately confidence that sweeps out of the speakers in comparison to earlier albums. From the rousing chorus of ‘A Minor Place’, straight into the Sympathy For The Devil-esque “whoo-whoos” and throttled guitar of ‘Nomadic Revery’, within its two opening tracks the album has already set out a clear statement of intent.

And then comes the title track. Creeping ominously into view like a glacier in a jet-black ocean, ‘I See A Darkness’ demands completely silent observation from the listener. It’s surely going to be a standard for aspiring songwriters for many years to come, such is the way it sounds so complete and fully formed, but never really reveals what lies at its heart. Is it a song about depression? Suicide? Or a hymn to fraternal love, to admitting frailty but recognising the vital role a friend can play? “Do you know how much I love you? / Is the hope that somehow you, can save me from this darkness?” The whole song, and those lines in particular, can be read in many different ways and sung by many different voices.

There’s much more than just the 24-carat title track in I See A Darkness to suggest that it’s the essential release in this extensive discography though. ‘Death To Everyone’ combines a sleek, sensual atmosphere with an almost gleefully black humour, ‘Today I Was An Evil One’ captures the down-home spirit of The Band at their best, while ‘Madeleine-Mary’ tells a dark story that you know isn’t going to end well, but you can’t help listening in. It’s a record that feels crafted from start to finish to bring you into the world of Bonnie ‘Prince’ Billy, a dark, scary, yet life-affirming place. (8)

From here of course, Oldham has gone in many different directions, refining his sound, simplifying it and turning back in upon himself. Whatever the reasons for these three records reappearing, they do at least show how he came to be the Bonnie ‘Prince’ we know today – at first a little unsteady, but soon confident enough to build a world for himself, happy in the knowledge that eventually we’d want to step inside.