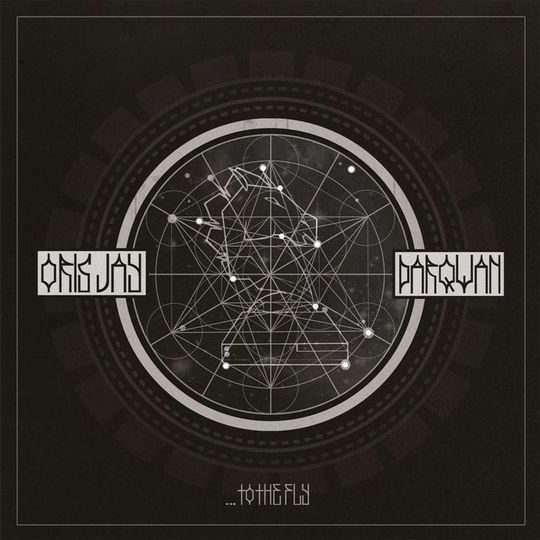 Early 2008 feels like a seriously long time ago: like, far longer than simple mathematics would suggest. Why that period? Well, Oris Jay aka Darqwan – for To The Fly, his first album, he’s simply stuck his two most-used pseudonyms together – got booked to play a club night near me around this time. Advance promo pushed all the right buttons, outlining how Oris was a graduate of Sheffield bleep rave, going on to stand with the likes of Zed Bias in bringing a breakbeat tuffness to late 90s UK garage, then becoming one of the roots of dubstep as a resident at FWD>> when it began in 2001. Guess what? No-one cared and the venue was fucking empty. His set was probably good, but when it’s literally just you and your mate dancing you tend to feel too bad for objective assessments.

Looking at the bigger, non-solipsistic picture, it’s instructive to remember that outside of London, Bristol and maybe a couple of other cities, trying to push dubstep on people was not easy at this point. In the years hence, the genre’s initial hallmarks have been glitter-cannoned into abstraction, and thanks to the vagaries of fashion, about the least ‘cool’ thing Oris could have done here is deliver an album of 2008-style wobbly bangers. Indeed, he hasn’t: To The Fly’s influences are catholic, but most frequently come back to moody garage/proto-dubstep. Don’t get it twisted, low end is in abundance – ‘Boosi’ strides into the picture with a properly lardy bassline and a hi-hat flapping like a letterbox in the wind – but the best parts of this 1-track album are rhythmically lithe and unblokey. ‘I’m Chosen’ stands out here, by being percussively joyous enough to compete with UK funky’s dons.

It’s probably easy to overstate the hometown influence on Oris’s productions, but he does lean a tad further towards that paranoid Sheffield quasi-industrialism established by Sweet Exorcist, LFO etc (Cabaret Voltaire and Chakk in the Eighties, too, if you insist on excavating the basement). ‘Steels’, whose title I’ll idly speculate pays tribute to the city, is actually the weakest and most featureless thing on here, but it’s followed by the gnarly soundclash of the album’s title track. Textbook dubstep tempo-wise, and comparable to the sort of thing Distance or someone might have unleashed at their best, the sounds of lysergic video pinball and android parrots elevate ‘To The Fly’ another level or two. ‘Perplex’, while more linear, is something else again – the drums are like endlessly slamming metal doors, and mixed with the half-formed vocal scraps it comes off like a vicious garage refix of Orbital (who were certainly allies of the early bleep scene, despite being from the other end of England).

With over a decade of 12-inch releases prior to this album, you imagine that Oris wanted to get the balance just so between head-turning collaborations and unadorned showcases for his skills. In the main, this is successful, with the arguable exception of ‘Go Girls’, where he teams up with Toddla T. I’m not sure if Toddla cites Oris as an explicit influence, but his Sheffield rave heritage basically means it’s there like fluoride in the water; either way, the autotuned Frankenstein dancehall which results comes off like a reject from the younger producer’s (good) Watch Me Dance album. Conversely, ‘Zen’ – a teamup with Pinch, who released the last Darqwan single in 2010 – has the Bristolian’s depthcharge stamp all over it, but blended with synth stabs and offbeat drums that suggest the dark side of late-Nineties drum’n’bass. Harper Lake, a female vocalist who’s featured on a couple of Hackman tracks to date, isn’t quite as much of a ‘name’ yet, but her diva effort on the bumping, pop-sensible ‘Flashing Light’ might be a harbinger of bigger things ahead.

Really, though, guest MC Shinobi nails it right at the beginning of the album, summoning the spirited-from-2001 garage breaks of ‘Flow So Hot’: “To all the raving crew inside the place, to all the skankers! The bubblers!” Oris Jay Darqwan, if he insists on being called that, is a dude born to make dancefloors go off. Maybe To The Fly will reaffirm and increase his rep enough that I, for one, get to see him actually do this.