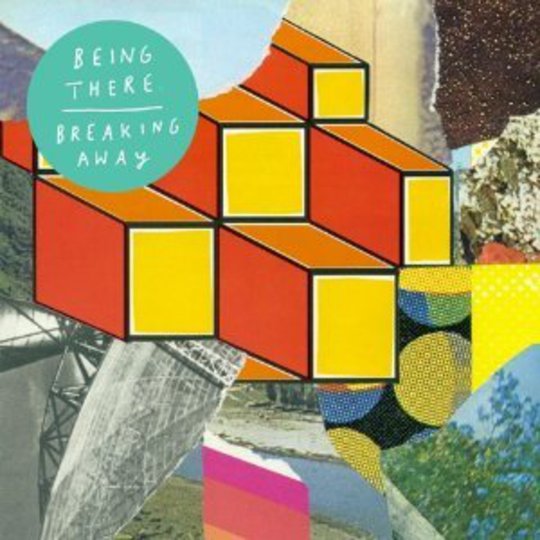 Surviving in London on casual shifts and the fast-fading dreams that your arts education gave you is just about worth persevering with when you’ve got your friends, cheap nights under a choked-up borough sky and the feeling of having at least learned something from all those years you never told her you loved her – or at least, that’s how Young and Lost Club quartet Being There’s debut album, Breaking Away, makes you feel.

A softly scuffed collection of bruised but breezy guitar pop that possesses all the warm, buzzy hum of Eighties cassette culture – but marries it with the confident, lowing lilt of contemporaries Real Estate and Wild Nothing – this is a record for anyone who’s ever shone glasses while totting up the number of £6.08s that’ll get them a National Express to the sea; who’s ever bolted from their family home at the sharp smack of the starter gun only to limp home three years later, pinned with rosettes but pockets empty of rent.

But while songwriter Sammy Lewis’ spare, assured lyrics might speak of past nights when you didn’t realise you had it so good, or neighbourhoods you don’t belong in anymore, Breaking Away is far from melancholic; rather, Lewis uses his scrapbook memories and self-analysis as fuel for a sense of renewed resolve – of beginning again after, well, ahem, breaking away.

The initial trio of tracks is a bracing opening gambit: ‘Punch the Clock’, rafting in on 'Just Like Honey' guitars, delivers its story of life on repeat with a saucer-eyed, surf-drenched vigour; ‘Back to the Future’, though it talks of unaware parents and a city that feels alien, can barely contain its own barrelling, kinetic energy and erupts into an ecstatic exclamation of guitar at just 1.56; and the title track joins single ‘Tomorrow’ and the Titus Andronicus snarl of closer ‘Up’ – chords ascending, hackles rising – as a rallying, ragged ode to having lost your naivete but being all the better and all the freer for it (“when you think we could have been / wanted to be / anything”).

Singles ‘The Radio’ and ‘17’ expand on and perfect this hard-won optimism; with their gentle vox, sunny keys and Nineties car radio guitars, they’re two under-three minute distillations of the simultaneous boredom and bold imagination of teenage summers. The album’s moodier tracks take a while to work on you – but reveal layer after layer on repeat listens. ‘Silent Runners’ in particular becomes increasingly poignant, its portrait of two friends mutely in love and dancing to The Runaways’ ‘Cherry Bomb’ at the back of the room like a frieze in a snowglobe (“I’ve tried, but I couldn’t admit / our lives could be so much bigger than this”). ‘To Allen Ginsberg’ possesses a similar regretless nostalgia, the body of its melody carried on wound steel strings slung loose and low, Lewis’ lyrics composed with a photographer’s eye, every phrase like a dog-eared still of instant film found pushed to the back of a drawer on moving day.

Rough around the edges but not lo-fi, hazy but not slacker, this is a deceptively modest little indiepop gem that’s swollen with all the accumulating energy of being fizz-full of love but landlocked; buoyant with ideals but just waiting for someone to believe in you.