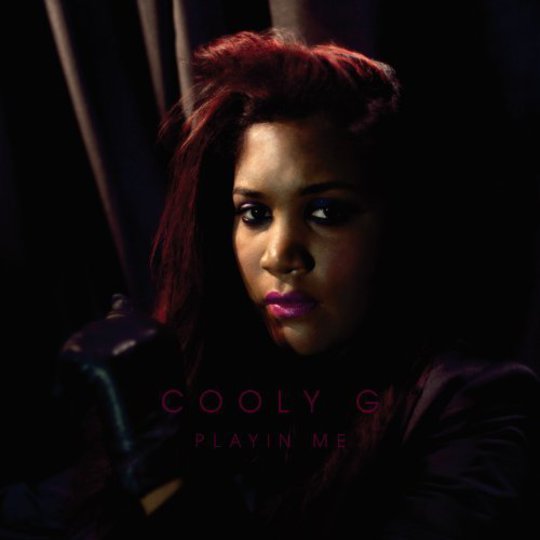 Hyperdub return after the divisive Dean Blunt record with a big hit of what they do best: dreamy electro and crowd-savvy beats. Merrisa Campbell, a single mum from London, dishes up dark electric beauty as Cooly G, already the toast of the basement DJ circuit. With her sound firmly established on a trio of singles (a blend of dubstep, house and UK funky), she’s put together this pearl of an album with some help from her label - an outfit who last week organised an all-nighter that surpassed Bloc’s wildest dreams.

If Campbell’s floor-fillers give Playin’ Me a high benchmark, the rest of the album constantly meets it, seductive and thudding. Her tunes change tack without once breaking stride, from the grime bass and popcorn percussion on ‘Good Times’, to Fugees-style opener ‘He Said I Said’, where cymbals and driving strings turn a nightclub pickup into a plan for revenge. ‘Come Into My Room’ twists the mood on its head with elated piano and 8-bit flourishes, while the title track features nothing more than Campbell humming ”Playing me…” over angry hoover synths. On the surface it sounds like Cooly G’s trying to do everything but she’s building a sensual groove which connects to everything, even the short sharp drum rolls on ‘It’s Serious’, straight off an army drill square.

The only criticism of Playin’ Me is it’s not as technical as other Hyperdub releases, or not as technical as it is concerned with keeping the crowd on their toes. A few of the vocal tracks feel cheaper than the instrumentals: the pillow talk and crystal chimes on ‘Sunshine’, the brutal, sucking drums on ‘Is It Gone’. There are also some incredible reinterpretations of classics, with ‘Trouble’ taking the Coldplay weepy and adding resonating keyboards and glitch, spawning a corrupt MP3 of the original. ‘What This World Needs Now’ is even more perverse, and uses the trademark Hyperdub synths/steppin’ drums to singe Burt Bacharach’s ears, and make his chest rattle like a boy racer’s bass bin.

These oddities doesn’t affect the draw of the record, and Cooly G has achieved a small miracle in making an album that never fudges the consistency of early singles. Playin’ Me is a warm and nimble record, edged with just enough synth-heavy jungle to tell you it’s for real. Hyperdub can be proud of all their signings but they should make Cooly G Employee of the Month - she’s a strong reminder of what they do best, creating beats that even Darth Vader could groove to.