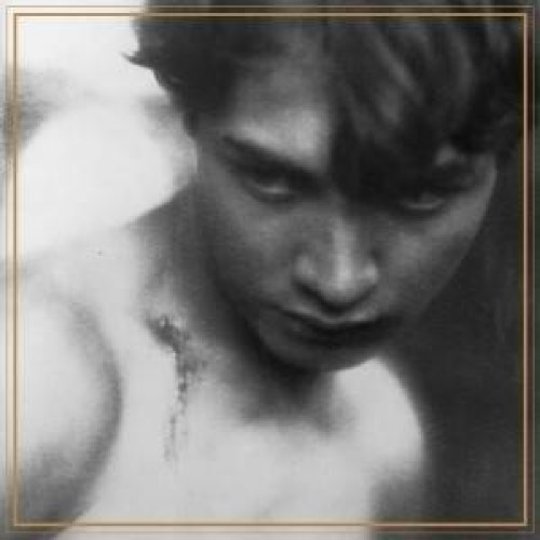 Holograms are, indisputably, a post-punk band. That sounds like a statement of the obvious, since post-punk is one of the vaguest labels in use, but when we use it to describe a band like Holograms, we’re talking about something quite specific. This isn’t post-punk in the funky, family-friendly, Orange Juice sense, nor is it post-punk in the shy, shuffling, Young Marble Giants sense. Rather, Holograms play the sort of post-punk that’s only one step away from punk itself. Their self-titled debut album is a fearless reminder of how post-punk sounded in the weeks and months after punk first broke – Post-Punk 1.0, when Joy Division were still called Warsaw, Wire were busy painting pink flags on photographs of flagpoles and the Sex Pistols were undercover playing children’s Christmas parties in West Yorkshire market towns.

Holograms isn’t as raw and unrefined as pure punk, but it’s not quite as sophisticated as what followed either. ‘Astray’ is the band at their basest, with its three splattered chords clattering out as though they’re on an old Hope And Anchor compilation – but even that has a rudimentary synthesiser underscoring its guitar solo which means it could never be considered punk in the classic sense.

The album has all of the aggression of punk, but as with post-punk, it's articulated in a different way. Opener ‘Monolith’, for example, is brash and brittle, with grinding guitars that don’t lash out in anger but let the frustration they’re expressing build as the atmosphere around them becomes more and more poisonous with every verse. ‘Memories Of Sweat’ shows equal restraint, sounding spiky and sinister, like Dead Kennedys covering Gang Of Four’s ‘Damaged Goods’, without ever losing its cool.

Elsewhere, on ‘ABC City’, punkish fury and post-punk experimentalism clash head-on, as goofy keyboard patterns interfere with riffs as brisk and vigorous as The Clash’s ‘White Riot’. Likewise, the bratty ‘Chasing My Mind’ has choppy chord patterns and nerdy electronics that seem entirely at odds with each other, but race along together all the same.

There’s an obvious criticism to be made of Holograms – that they sound stuck in 1978. And yes, much of their album will sound familiar to anyone who’s been watching Punk Britannia on BBC4. But that doesn’t mean you have to spend the entire duration of the record wishing you’d just put on Pink Flag instead.

In the end, what’s surprising about Holograms is that it stands up on its own as a worthwhile listen. It isn’t just a convincing replica of a post-punk record, or an interesting genre study, or even a nostalgia trip. It’s an album of razor-sharp irreverence, infectious energy and, beneath its surface, genuinely intelligent songwriting. When post-punk is done this well, it doesn’t matter when it was made: we can still enjoy it just as much.