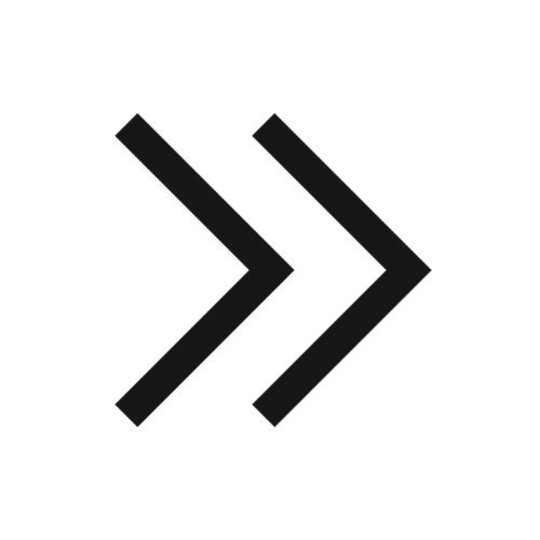 Beak> don't pull any punches as far their influences are concerned. Their self-titled début was effectively a precise exercise is approximating the exact sonics, rhythms, and production, of Krautrock demi-gods Can and Neu!. It's very tempting to throw a 'but' in there, to say that it was a fanboy indulgence, but it was so good it didn't matter; but does it really matter anyway? It's not as if popular music hasn't been ploughing the same familiar furrows for decades anyway and where many pop/rock/indie musicians struggle to leave an imprint on the musical tapestry of their forebears the sheer facelessness of Beak>'s music actually works to their advantage. If it wasn't for the reputation that Geoff Barrow brings with him from his full-time occupation (in so much as three Portishead albums in 14 years can be called 'full time') Beak>'s output could easily be assimilated within the genre and era that so explicitly inspired it. The very obliqueness of their album titles and and their literally faceless press photo stand-ins contribute further to this quality, although the pseudo-numerically titled first two albums and showroom dummies could easily be another nod to Beak>'s influences.

The motorik beats, throbbing picked basslines and the modulated analogue synthesizers are all once again present and correct on >>, but far from acting merely as a late Sixties/Seventies time-capsule, Beak> actually manage to conjure some of the forward-looking spirit of the original Krautrock pioneers despite doing little to alter the template.

The tormented squeals on album opener 'The Gaol' could well be produced via vintage analogue synths, but their disorientating cacophony easily sounds as 2012 as it does 1972. The drum-less synth manipulation of 'Ladies Mile' is hardly envelope pushing, but it captures the exploratory made-in-a-laboratory mood of krautrock's more electro focussed side with quite serene results. Meanwhile 'Elevator', with its light percussive propulsion and gleaming electronics textures, breaks with the over-riding oppressiveness of the record with a glint of 'Europe Endless'-esque technophilic optimism in its eye.

That's not to say Beak> aren't effective in conventional Krautrock mode. 'Yatton' typifies this; a taut beat, bone dry bass guitar and eighth beat synth pulse set the pace from the beginning, but Beak> know how to shift gear without unlocking the groove, shifting an octave on the synth and simply adding a hi-hat to increase the urgency of the beat with unshowy precision. On 'Liar', one elasticated upper-register bass note that cuts through the looping low-end notes and bustling tom fills acts as a simple yet mesmeric focal point around which the addition of scatty synth arpeggios culminate in a dizzying final flurry. 'Spinning Top' shares the same basic DNA but moving at a much more soporific pace, and despite the addition of some bleary, barely comprehensible vocals and even something resembling a chorus, at six minutes the ennui begins to set in. At the same length, album closer 'Kidney' is a laborious dirge with a would be cathartic pay-off that just isn't worth the preceding mire.

Without undermining the worth of the sort of material that forms Beak>'s bread and butter, >> really hit its peaks when it blurs genre distinctions. Album centre piece 'Wulfstan II' puts the rock in krautrock with its unrelentingly nose-bloodying riffage with and unsettling incantational vocals briefly separated by passages of psychedelic guitar and organ noodling. You could call 'Egg Dog' psychedelic too, although it bears no resemblance to the aforementioned track. Instead its fuzzy warbling synths are almost woodwind-like in tone, more akin to baroque psychedelia of the sixties, and in their company the barely audible vocals have a gorgeous lullaby effect. The humble majesty of 'Egg Dog' (ridiculous title 'n' all) highlights the largely impersonal nature of >> that makes it easy to like, occasionally even lose yourself in, but difficult to love and commit yourself. But, hey, considering Barrow still has Portishead and Quakers (a hip-hop collective with 35 members), commitment doesn't really seem like the point.