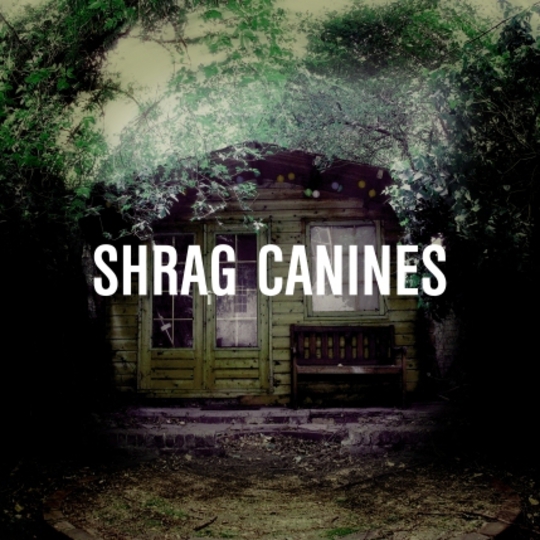 With an existence that spans nearly a decade and a list of releases as long as both arms put together, Brighton's Shrag are entering the stage where folks might describe them as veterans of the DIY/lo-fi indie circuit. Although such talk paints a wholly false picture of a band whose members have barely passed their mid-twenties, Shrag do seem to have been around forever.

Not that we're complaining, of course. Since being proverbially slapped around the face by their live show in the summer of 2008 at Indietracks Festival, DiS has kept its ear to the ground on Shrag's activities ever since. Whereas 2009's self-titled debut sparked with youthful exuberance and uncontrollable angst, the follow-up 18 months later hinted at a band under development yet making significant inroads as both songwriters and arrangers. Fusing their trademark ramshackle pop with lavish strings in places, it represented a marked departure from Shrag's earlier output, while laying the foundations for its successor.

Having spent the best part of last year writing then recording album number three, Canines is finally upon us. It was recorded at the Gargleblast Studios in Hamilton with producer Andy Miller, whose previous credits including Life Without Buildings' Any Other City and Mogwai's The Hawk Is Howling. While no trace of any grandiose post rock leanings exist throughout the 11 songs that make up Canines, there's little evidence of the frantic, happy-go-lucky dissonance that permeates Shrag's live performances either. Instead the band have delivered a more mature record here than either of its predecessors, even though some of the song titles may be a little misleading on that front ('Show Us Your Canines', 'Jane With Dumbbells').

"We all look good in black and white!" declares Helen King on the haughty 'Chasing Consummations', arguably the standout moment here. Vocally caught somewhere between a rap and a rant, its an infectious call-to-arms that links the band's riotous past with a more widescreen vision mapped out for the future. 'On The Spines Of Old Cathedrals' takes its structural blueprint from Le Tigre's 'Decepticon', engulfing it in a poppier sheen that wouldn't sound out of place on a daytime radio schedule. Seriously.

Parts of Canines recall the Shrag of old. 'Show Us Your Canines' doffs its cap to the likes of Heavens To Betsy and Henry's Dress, while recent single 'Tendons In The Night' combines bucketloads of raucous energy with a sassy veneer that occasionally resembles The Fall in their studious rockabilly phase if re-imagined by The B-52s. 'Devastating Bones' too dares to tread where few have gone since 1973; glam rock; and even though we'd rather not reference The Glitter Band in our appraisal, one can't help picturing the 'Leader Of The Gang' stomping around in a silver jumpsuit to its infectious, rabble-rousing chorus.

Most of Canines second half finds Shrag in a more reflective, and somewhat pensive mood. 'That's Static!' and 'Flinching At Forever' reference things that keep you warm and people who drink gin on trains respectively, while both keeping their intuitive cards close to one another's chests. The closing 'Jane With Dumbbells' might just be the most maudlin piece of music Shrag have ever recorded. Laying their souls bare for all to say, its a gorgeous strings-soaked lament clocking in at 13 seconds short of five minutes, maybe setting the tone for the next venture in the process.

Minor flaws aside, largely due to the record's slightly adventurous identity crisis, Canines is two-thirds the record Shrag have been hinting at making for the best part of five years now. With a bit more TLC and fine tuning around the edges, their piece de resistance may well be just around the corner. Promisingly steadfast.