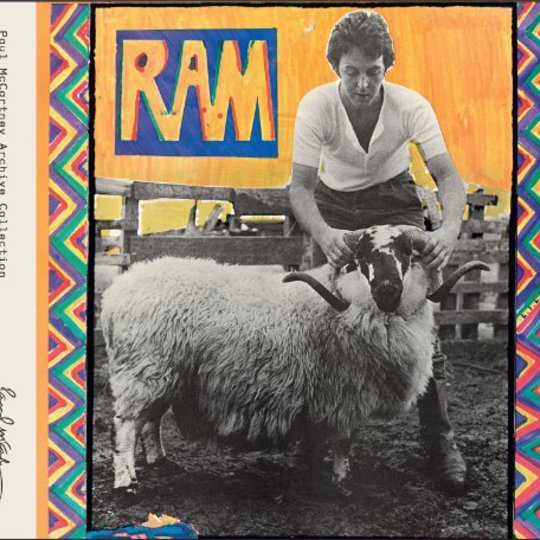 Sir James Paul McCartney. For some, he's the thumbs-up toting Beatle; the driving force behind kid-friendly songs such as ‘The Frog Song’, ‘Yellow Submarine’, ‘Ob-La-Di, Ob-La-Da’, ‘All Together Now’… I could go on. Then there’s ‘Mull Of Kintyre’. Y’know… it’s not ‘Borstal Breakout’, is it?

But then there’s the fact that he was the one who provided the tape loops for ‘Tomorrow Never Knows’. He was the one that was the main backer of London’s Sixties countercultural hub: Indica Books & Gallery. He was the first one who screened all 485 minutes of Warhol’s Empire for almost all of London's art-elite of the time (and in his front room, to the accompaniment of a continuously rotated Albert Ayler album, with the artist himself in attendance to boot), the one who played the Beatles’ most fire-y and best guitar solo despite being the  bassist, the one who went to Stockhausen performances and brought such avant garde influences into the Beatles’ orbit, influencing absolutely everyone in the whole world and sparking the most creative era in pop music as a result.

And all this happened while St. Lennon-Of-Woolton was spending his days struggling to digest The Tibetan Book Of The Dead in between his busy schedule of naps on his chaise longue, blaming his Surrey-stockbroker-belt captivity on his long suffering wife and barely acknowledged son. While Harrison was slipping into some hippie-transcendental-dream-cum-coma, whilst Ringo drank expensive brandies and unicycled around the garden. So, it’s not  fair at all to condemn ol’ Macca if his worth in more alternative practices isn’t also acknowledged. And that’s probably a reason for him to be complicit in a series of re-releases of his first solo albums, so that his alternative credentials can be reassessed.

This time it’s RAM’s turn to be re-released, perhaps reappraised and definitely repurchased. I mean, it worked for Simple Minds just recently. And they weren't even Beatles. Not one of ‘em. But therein lies the curse. The 'follow that' curse of the Beatles.  This curse creates albums of two wildly varying halves, always at different ratios. All Things Must Pass is not six whole sides of pure genius. Even Imagine doesn’t manage to avoid falling foul...

Sure, RAM is not without its faults. There's some blues whimsy, mandolin whimsy and some eight-bar whimsy. There's 'Heart Of The Country' with its country-tinged chorus, containing lyrics apparently concerning McCartney’s apparent desire to “smell the grass in the meadow” and for “a horse”, “a sheep” and “a good night’s sleep”. Bless 'im.

But then there is ‘Uncle Albert / Admiral Halsey’ which is Classic McCartney, vaguely familial sentimentality over a two song suite. John Cleese may feature but sound effects, strings and horns certainly do. This one had the full Abbey Road treatment and went to number one in the States.

Having said that, this album has five more absolutely brilliant tracks, so let's save time and list them off and you can be on your way...

‘Too Many People’ - the stoker of the flames of hostility… beautiful guitar line, chorus and, ironically, Spector 'Dum! Dum-dum!' kick break.

‘Ram On (Reprise)’ – An aggressive and concise version of the first. Echoes of ‘Sgt Pepper…’ and its reprise. Probably on purpose. It’s 55 seconds long

‘The Back Seat Of My Car’ - "We believe that we can't be wrong"? How triumphant and awesome is that? That wasn't allowed in the Beatles. Not even in ‘All You Need Is Love’.

…and saving the best for last…

‘Another Day’ is the most Beatle-y post-Beatles song. ‘Eleanor Rigby's peppy cousin, depressed to an actual beat and in a far less fundamental way.