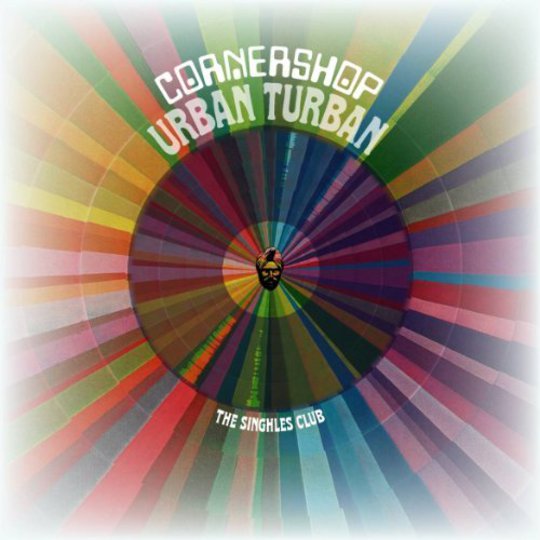 Twenty-one years. That’s how long Tjinder Singh and Ben Ayres have been plying their funked-up trade under the Cornershop banner for. And in that time the duo have never once felt the need to fit into the vicissitudes of grunge, brit-pop, trip-hop, grime, nu-rave, chillwave and any other poorly-coined micro-genre that signified the sound of the moment. How many 21-year olds can say that?

It’s an admirable gameplan. Many pious acts has wilted in the face of a dime and a chart topper, but for the most part Cornershop have managed to pitch it their own way. Yet, a discernible lack of airplay and column inches since that hit (which was really someone else’s handy work) means few outside beard-stroking cliques have had the chance to wiggle their rumpus to the mighty 'Lessons Learned from Rocky I to Rocky III' or bust out a fictitious slap bass to 'Good Shit’s endemic indie-an (Indie + Indian?) pop.

But it matter little to messers Singh and Ayres. They’ve kept quietly shipping gold-plated (if not gold-selling) records like the phenomenal Handcream For a Generation; like the extraordinary Cornershop and the Double ‘O’ Groove of; and like the still-growing Judy Sucks A Lemon For Breakfast. Each one is a hot-trot of experimental funk-folk-hip-hop fusion that pushes whatever boundaries these two foremen want to push, whenever they want to push them (there was a seven year gap between albums five and six). As the football chant of the moment goes: They’re Cornershop, they do what they want. And they do.

The pairing’s latest slab of plastic, Urban Turban, won’t come as much surprise to hardened ‘shop afiianados. Of the record’s 12 cuts, half have been released as part of the band’s The Singhles Club, a rag-tag collection of outtakes and collaborations issued sparingly across the last couple of years. It’s hardly a congruous listen, then, but it’s consistent with the quirky, off-kilter pretentions that signify any rewarding Cornershop jaunt on your stereo.

Delicious opener ‘What Did the Hippie Have in His Bag?’ is the most Cornershop of Cornershop cuts. Built around a big, bendable bassline and simplistic beat, the track’s sunshine melody is tied together by the unison of Singh’s smooth tones and the chirpy harmonies of a school choir. Sadly this good-time chirrup is the last time we hear Singh take the lead until the same number is reprised down the end of the line, a move which is partially to the record’s detriment.

An overdependence on guest-crooners has the disadvantage of interfering with the record’s flow, particularly as Urban Turnban is as stylistically capricious as you’d expect from a Cornershop affair. ‘Solid Gold’s segue into ‘Beacon Radio’ is particularly awkward; the shunt from euphoric Nineties House to avant-garde break-beat experimentalism is as seamless as shifting from neutral to fifth.

Yet, amidst these transgressions exists joyously-coined numbers that showcase Cornershop at their most inventive. ‘Who’s Gonna Lite It Up’s fuzzy guitar and boggy percussion snarl into an acid-dropping throb; ‘Concrete Concrete’s Hammond-keyed stomp is as raw and infectious as a Sixties soul shakedown; while the ice-cold ‘Dedicate’ turns out an intricate electronic rhythm that belongs on the sun-sodden shores of a small Spanish island.

It’s safe to say Singh and Ayres have lost none of their ability to surprise. And nowhere more so than in the Velvet’s-esque glare of the divine ‘Something Makes You Feel Like’. Sauntering to the hiss and fizz of a languid guitar line, vocalist SoKo wheezes: “Forget your pills for your tummy, for you head, you can’t sleep, you're depressed, you feel weak. Do you bleed? No. So stop your whining…”. Lyrically, it’s as apathetic as Cornershop have ever been, but musically it's the most evocative four minutes of their career.

After 21 years, it’s hard to believe Tjinder Singh and Ben Ayres are still capable of producing moments as vivid and relevant as these. But, like an awkward young adult who refuses to join in with the hip crowds, Cornershop have proven they are no ordinary British band. Age, it appears, is treating them well.