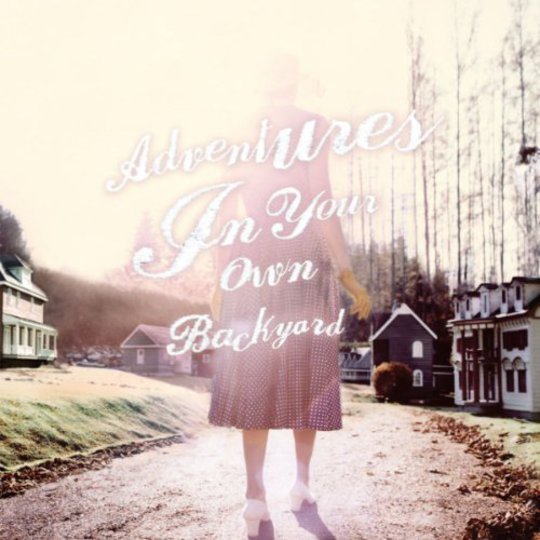 In 2007, Montreal’s Patrick Watson surprised many when his second full length, Close to Paradise, won the Polaris Music Prize beating the likes of Arcade Fire, Feist and Chad VanGaalen. Surprised probably isn’t the right word though. No, 'bewitched' is perhaps more suitable. Watson’s practically made his it trademark enchanting the aforementioned Paradise and his last album Wooden Arms with magical sounds not too dissimilar from Antony and the Johnsons, Grizzly Bear and Wainwright.

Here on his fourth LP, Adventures in Your Own Backyard, he’s opted to record in his small apartment, yet there’s nothing quite so miniscule about this record. As the name suggests, the album contains the same sense of whimsical escapism we’ve come to know him for and the sparse production no doubt helps in conjuring fantastical worlds with seemingly blurred but grand backdrops.

Opener ‘Lighthouse,’ for example, tip toes with delicately polished keys entering, the same minimal territory Antony Hegarty might call home. It then becomes MASSIVE, eventually ending with trumpets which sound suitable soundtracking the violence of the old West. Hegarty would probably tremble in his boots. Further on, the pitter-pattering bells of ‘Blackwind’ and the swaying ukulele of ‘Into Giants’ resembles post-Funeral Arcade Fire: its regal horns suggest what a Sgt Pepper's cover album by the Montrealers would sound like.

Unsurprisingly, themes of alluring escapism permeate throughout and Watson’s voice is still a dead ringer for Jeff Buckley’s. ‘Morning Sheets’ (deals with transporting yourself to a more blissful realm) is the most obvious platform for that here, combining the high drama of Buckley’s Grace with the majesty of a James Bond score. On the ethereal highlight track ‘Noisy Sunday,’ he turns all Bon Iver and expands all his barriers into the wider surroundings as he coos: “It’s too late in the night for a start / It’s quiet again / Too much for noise to go on.” On the album’s title track, which sounds like a hypnotised Zach Condon, he explores the primal side of his life as he sings: “12 steps into your backyard / Through tall green grass and into the wild.” The combination of these themes with the record’s already otherworldly personality is entrancing.

Some tracks don’t quite hit the same heights as others and the effect occasionally feels a little too timid. The prime examples here include the dusty acoustic sways of ‘Step Out for a While,’ the Andrew Bird type haze of ‘Quiet Crowd’, the Dusty Springfield-influenced ‘Swimming Pools’ and the ominous presence of the Olafur Arnalds-like ‘The Things You Do.’ All are decent enough but, when placed alongside the album’s standout moments, they aren’t quite as dazzling. Not like that really matters though, because there are standouts throughout. Watson has established himself further as a confident artist who manages to create subtly bewitching worlds which don’t take you too far from the moment.