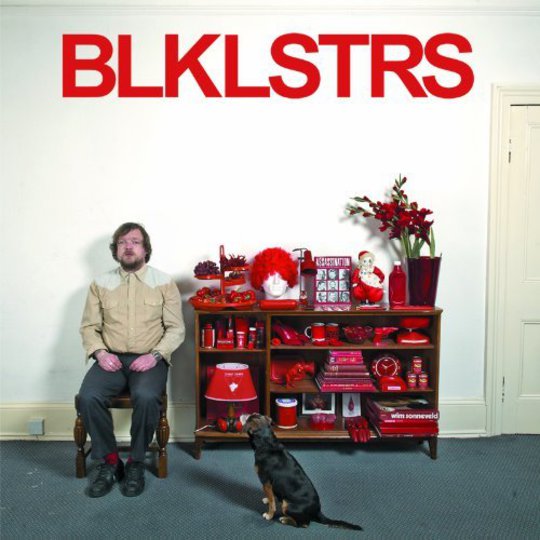 Are Blacklisters taking a cue or two from Madonna with that album title? I’m sure they wouldn’t object to the observation. After all, they’re refreshingly open about their influences: debut album BLKLSTRS begins with the cunningly-titled ‘Clubfoot by Kasabian’, but (gasp) this is no cover. This opener is a veritable onslaught of dirty, filthy riffery, showing a complete disregard for health and safety, particularly when it comes to listeners’ eardrums.

In reality, Blacklisters’ closest sonic equivalents are The Jesus Lizard, but with a fair amount of Melvins and Fugazi thrown into the mix. Suffice to say, this does not make for easy listening: BLKLSTRS is simply relentless, whether that sensation comes from screeching guitar feedback, menacing basslines or Billy Mason-Wood’s mostly incomprehensible, but nonetheless disturbing, vocal assault.

So, subtlety is off the menu, but sometimes you need that in life. Why overthink when you can make a hell of a lot of noise instead? Blacklisters are entirely honest in their ambitions and unyieldingly powerful as a result. ‘Mouthpiece’ is ridiculously violent, ‘Hero of China’ writhes like a punctured snake, ‘OK47’ opens with frantic bass before exploding into complete and utter cacophony: you get the picture.

That’s not to say Blacklisters don’t have a sense of humour about it all. See the word count-filling ‘I Can Confirm that Ruth Abigail Holmes is Not Dead and is Planning to Make a Movie about Her Life’ or the brooding ‘Ask Yourself a Question if the Answer is Go Fuck Yourself’ as examples. And, of course, don’t forget the eloquent lyrical symbolism of ‘Swords’: “There’s no ‘I’ in team but there’s a ‘U’ in cunt”. Well, quite.

But just as penultimate track ‘Trickfuck’ cranks the profanity levels up to 11, BLKLSTRS comes to a close with a slowburn instrumental, the appropriately-named ‘Shush’. Perhaps Mason-Wood’s bandmates also wanted a rest from the unending screaming tirade? Whatever, it provides a much-needed comedown from the aural abuse that has gone before, and it’s a nice (but still filthy) touch of experimentalism to close the release.

BLKLSTRS is an unquestionably anger-fuelled listen and perhaps overly so, especially considering the success of the band’s more contemplative moments. As a result, after 38 minutes spent listening to Blacklisters, you’re likely to feel exhausted, hard of hearing and inordinately offended. Still, those are similar to the sensations you’d experience after to listening to Madonna’s latest, letter-compressed effort, I’d imagine.