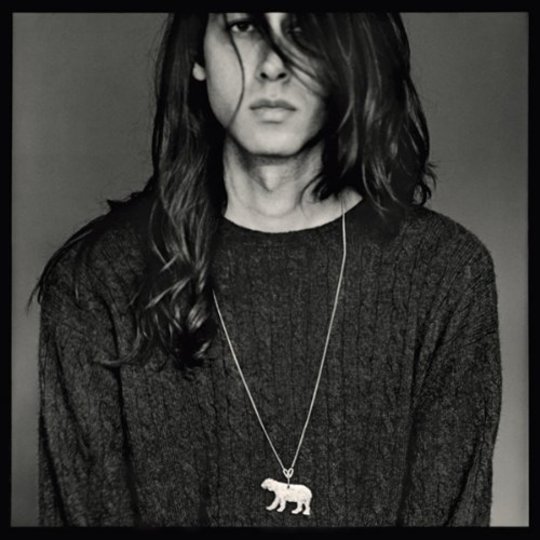 Adam Bainbridge, aka. Kindness, is 2012's latest act that just oozes cool. Look at the cover for World, You Need A Change Of Mind. Look at the cool, with the charity shop jumper that probably cost a grand, and the cutesy Tatty Devine-inspired necklace, and the hair so illustrious Rapunzel's probably got her prince out trying to find his hairdresser as we speak. And listen to his music: all reverb, all samples, all atmosphere. How could you possibly resist?

The thing about Kindness is just How Ruddy Clever It All Is. And Bainbridge knows it. In truth, that’s what makes World… such a frustrating experience – the overarching theme is that it's much more than it actually is. It’s the overly-loud chatter of someone who wants to be a pop star but knows that’s not what an intellectual’s supposed to want to be. It's an endless torrent of deconstructed ideas just to show they're there, and it's both World's... strong point and its downfall.

World…, and the Kindness project as a whole, goes out of its way to draw attention to itself as a construction, using beats and hooks designed to invoke nostalgia, and thus sympathies, for the early 90s. Not to mention the (admittedly brilliant) video for 'Gee Up'. It's an album built on the concept of re-appropriating the so-called guilty pleasures of youth, placing them in a different context and making them "cool" to listen to. They'd be cool to listen to now if we didn't insist on drawing the battle lines of arbitrary hipster nonsense, and putting them on the other side just so we can resurrect them.

All that said, of course, it's difficult to deny the very real pleasure derived in listening to those insanely catchy individual moments. World...'s highest points are when its many, many hooks coalesce into actual songs, as on the soulful glum-club of 'Seod' and 'Swingin' Party', 90’s dance-hop monster ‘That’s Alright’, or funkotron closer ‘Doigsong’. When it's good, it's almost blinding. The rest of the time, it's very good at making you think it's giving you songs, when all it’s actually giving is hooks and ideas that often don't go anywhere, like 'Bombastic's half-baked nouveau blues. And vocals drowned in reverb like on 'Cyan'. And sax... Please dear God, can we agree an amnesty on the ridiculous overuse of sax now?

With Kindness we get a lot of half songs, half messages, half universes. And a slowed-down, borderline show-off cover of 'Anyone Can Fall In Love'. Yes, the Eastenders theme tune with Anita Dobson warbling over it. Nothing's been constructed fully in the first place in order to be deconstructed. It can’t decide if it’s possible to be both fun and smart. It’s neither straight pop, nor avant-garde – it’s just a muddle.

The French pop acts Bainbridge so clearly wants to align himself with - Cassius, Justice, M83, even the lesser known acts like Pony Pony Run Run - manage to invoke nostalgia, and they gently touch you, half-reminding you of these times and places without having to dress it up in Look How Well Clever We Are. They just concentrate on making the songs as good as they possibly can be. This seems to be an exercise in throwing everything at the wall, seeing what sticks and claiming that those who don't respond to it are plebs, not intelligent enough to get it.

So, is World, You Need A Change Of Mind a fun occasional listen? Aye. Is it anywhere near as smart as it wants the listener to think it is? Not really, no. The only problem with that is the feeling, running through the whole album, that there's a problem with it. It's by far at its best when it ditches the ironic viewpoint and need to drive home its constant stream of half-baked ideas. But it doesn’t seem content with just being an enjoyable album, which makes it impossible for this listener to be content with its failure to live up to its own hype.