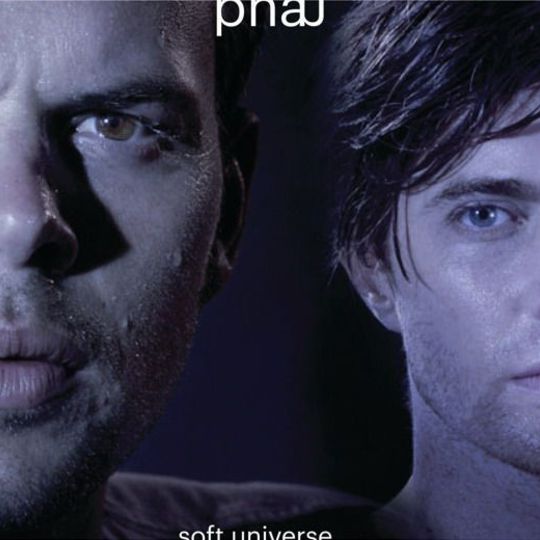 Australia has good form of late for providing the rest of the world with euphoric dance acts and as Pnau’s fifth album, Soft Universe is certainly noteworthy. Much like the way Daft Punk and their various friends/colleagues/former band mates seem to have tied up the French contribution to international electronica, so Nick Littlemore and Peter Mayes are doing something similar for Australia with Pnau and their Luke Steele collaboration Empire of the Sun.

Oz clearly has a community of happy, intelligent and emotionally sensitive ravers. Cut Copy, The Presets, Midnight Juggernauts and a string of other acts play their role in creating the sunshine flecked music that steadily streams over here. It feels like there’s a very fluid exchange of ideas and sounds amongst them all. From the start of Soft Universe opener ‘Everybody’, however, it’s clear this is going to be the most direct pop album the scene has spawned thus far. The first third is a constant series of upbeat builds and predictable but satisfying chorus releases. An Eighties sound is unsurprisingly present and evoked by Littlemore’s vocal delivery. He has a Phil Oakley-influenced wryness and pronunciation that gives the tunes a certain dryness, which sit nicely against the surging music.

‘Twist Of Fate’ brings in a stronger sense of whimsy. The repeated keyboard descents throughout the verses soften the tone before a bridge steers the music back on its upward build. The chorus clatters along with abandon but a minor twist to the last line of “please girl, please tell me your name” works wonderfully. It’s a perfect happy-sad pop song, and one that is more than able to stand a good half hour of repeated listens without tiring.

The second third of the album takes an emotional nosedive, a complete comedown. ‘Glimpse’ is maybe the point where the album slips up as it takes a tediously literal trip into Eighties power-ballad-dom. Conversely 'Epic Fail’ is powerful in its sadness: it has a brilliant whistling hook, the drums roll like Talking Heads’ ‘Road To Nowhere’, the passionate verses are almost shouted and the chorus has real anger anger.

Whilst the writing is excellent, the incessant Eighties referencing can tire at points and prevents Soft Universe being a truly special release. If a more adventurous approach to the sounds was taken there could be exciting new forms developed. This fervent hugging of the Eighties can be frustratingly safe at times and it’s not until ‘Something Special’ that the album picks back up, arpeggio keyboards and tight guitar riffs give the song dynamics.

The tangential Bacharach inspired homage of ‘Waiting for You’ is a wonderful lounge closer that doesn’t point anywhere new, but it points far enough away from the proceedings to raise one last smile and let the album fade out nicely.