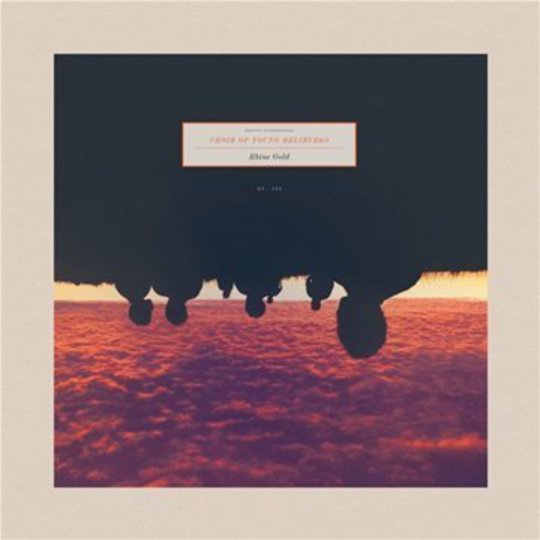 Denmark; the place that launched a thousand television dramas. Polluting our airwaves with their addictive story arcs and unnerving ability to portray strong female characters, such superior productions are even creeping into the hallowed territory of ITV 4, leaving the iconic Neal Morrissey - and numerous lesser, more forgettable actors - on the precipice of a Thespian Scrapheap. Most countries would’ve been satisfied with the glorious trophy that is The Killing perched on the national mantelpiece - but not Denmark. After collectively gorging on young Morrissey’s dignity and future career earnings, their appetites still linger.

Choir Of Young Believers have already won half the battle by having a pretty good - and a pretty British sounding - name. If it wasn’t for informative press releases their Danish heritage could well have sneaked passed my normally reliable xenophobic filters. The group is essentially a collective of musicians gathered to perform the orchestral wanderings of their Founder/Frontman/Dictator(delete as appropriate) Jannis Noya Makrigiannis. Rhine Gold, their second album, is hard to nail down. It really is a mixed bag.

Large parts of this album could be licensed to the West End for some gritty, slow paced Eighties musical set in the Eastern Bloc. Other segments echo ‘The Gary Barlow School of Safe Upper-Middle-Class Dad Pop’, while a fair chunk of the record is actually fit for human consumption. You know that they’re talented. They just have a tendency to produce some ball-achingly dull middle of the road songs. Call it an affliction. It’s not death. Some bands do that for 100 per cent of their output. COYB just make the unfortunate mistake of doing it with the first three tracks of their album.

This trio of songs provide a strange introduction of methodical grandeur slowly building on a cacophony of suspense. Sigur Ros ply their trade in similar icy waters, but there is just something missing here. Despite the clear effort and talent involved, it is just a bit forgettable and faceless, offering no real challenge to the listener. To provide a somewhat backhanded yet apt compliment; I could well imagine Fearne Cotton loving it.

Thankfully ‘Paralyse’ gives the album the kick up the arse that it needed, finally providing a bit of momentum, waking you up with a funky drumbeat layered with weird space age synths stolen from Kraftwerk. The song basically turns the album on its head. You’d think it is by a completely different group: a ten minute trip that is disorientating, regularly taking unexpected turns, from acoustic, electronic, classical, somehow even shoehorning in a segment that mimics an intergalactic rocket launch.

The arresting ‘Have I Ever Truly Been Here’ follows, continuing the upturn in fortune. Dialling down the schizophrenia and genre hopping, opting to channel Neil Young during his mellow Harvest phase. It is great. It is frustrating. When it’s good, Rhine Gold has got everything you want. There’s ambition, surprise and innovation. It’s just that it feels like COYB go on autopilot at certain times, which detracts from the album as a whole.

To answer the question we are all secretly asking of anything Danish, this isn’t The Killing (Forbrydelsen, for the pedants): COYB do have excellent jumpers. But such nationality linked comparisons are unfair, unhealthy, unnecessary and useless. They should be frowned upon. You might as well compare them to the Denmark football team that won Euro 1992, or Lurpak, which is just ridiculous. It’s like bringing a haemophiliac to a knife fight. How can you be better than Lurpak?