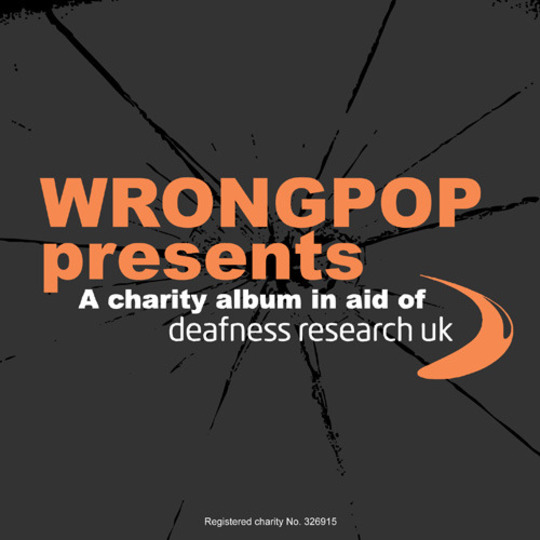 Wrongpop have been organising DIY gigs in Stoke on Trent (and now London) since 2007, championing bands from all over the UK and Europe and Stephen Lee Clarke – the Wrongpop engine - has rallied some of those bands to chip in some material and raise money for Deafness Research UK. The pull of Wrongpop extends far; down to Kent, with Tunbridge Wells’ Unlabel associates well represented; up north to Leeds; and of course, its birthplace, Stoke on Trent.

The compilation serves as a pretty neat assessment of its own particular ilk of underground music; ranging from the braggart-rock of Pulled Apart By Horses (possibly the biggest pull on the album in terms of popularity) to the blissed out Memory Tapes remix of ANR’s 'Stay Kids', demonstrating that the ‘DIY scene’ – if you can call an attitude a scene – is a many-dimensioned monster.

Around half the tracks on the Wrongpop compilation are live or exclusive. Lords’ live version of ‘The Rememberer’ is a treat; the atmosphere of a room transferred to tape, as the snare rattles and the bass hums under howlings about a fever. That Fucking Tank also provide a live version of ‘Dave Grolsch,’ from their 2009 Tanknology album. TFT are a band on fire right now and this gutsy performance (undated?) reminds us why; so much more than the sum of their two parts, James and Andy orchestrate a noise unrivalled in depth or destruction.

Other highlights include Shield Your Eyes' ‘You Merit High Hopes,’ which, despite sounding like it was recorded in a biscuit tin (as is their wont), sees the band at their ferocious best. They recall the distant passion of This Ain’t Vegas, upping the intricacy levels as they go. And you get to play a terribly involved game of ‘what the fuck is he singing?’ when lyrics that, on first listen appear to be about spanners, or spaniels (Spaniards, at a push), turn out not to be not to be so. The closer, ‘What You Have Is A Memory’ from Hills Have Riffs, which is Dave from Cove, under a different guise; a cyclical acoustic track that recalls Thurston Moore’s recent material. And Ice, Sea, Dead People not only have a truly wonderful band name, they also provided ‘Diamond Swords,’ a frenetic beast of a song that burns itself out quicker than most bands can open a six-pack.

Stephen is releasing Wrongpop, Volume 1 for £5 and there’s 14 tracks on the album. It’s only available until the end of March so you have a limited amount of time to get hold of it, from wrongpop.bandcamp.com.