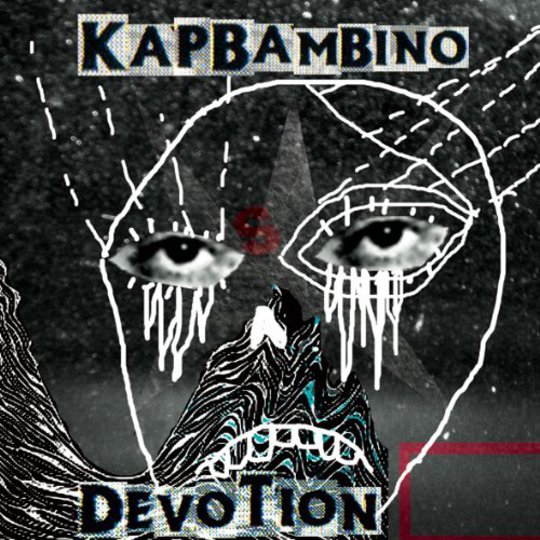 It's not fair is it, pitting two acts against each other like fighting cocks? After all, music isn't a competition. But whatever...we're petty, list-making fan-gits, it's our right. And, its fine to play favourites. Didn't Cliff Huxtable like Rudy best? Anyway.

It's always rankled that Crystal Castles have all the prestige, while Kap Bambino, their nearest counterpart, have all the moves. So what if, in Sao Paulo, Alice Glass bit a security guy right on the ass? Or that Ethan Kath did for the leather jacket what The Strokes did for tight trousers? And so what if, praise the heavens, they went to art school? By virtue of arriving at a time when the music press was affixing the word 'punk' to every genre shy of Turkish reggae, Crystal Castles were quick to be aligned with the 8-bit gabba-punk scene, despite the fact that the majority of the French-Canadians' debut was wistful verging on twee. Realistically speaking, Crystal Castles are no more 'digi-punk' than A.R.E. Weapons are Suicide for the new millennium. That being, not very.

Then you have Bordeaux's Kap Bambino. Eurotrash street slime armed with overheating Korgs and corroded textures, there's a toxicity to their 'electro-grunge', as if their lurid, gaudy, crass sound exudes some type of sulphurous gas. Perhaps their contaminating presence is down to the air of sexual rancidity that permeates their records - their pornographic brand of eroticism redolent of disease: rotting genitalia and boiling syphilitic brains. Or maybe its the corrupting climate of madness: their sparking, anarchic production; the frenzied tempo, and the fried banshee in front-woman Caroline Martial, her voice sliced and diced sadistically by stern techbod, Orion Bouvier.

More than anything, the Kap Bambino sound is evocative of prolonged drug abuse, or rather the eroded mind and body of a chronic pill-slave. Perhaps as Europeans they properly understand the digi-punk mindset, a world where getting out of your head one night a week is the first and only truth, because artificially-induced happiness is the only kind still available; where speed and nihilism is the only currency and the kids are trapped in a cyclical nightmare of their own making. In the final analysis, whereas CC are cerebral, knowing, contrived; Bambino are gut-level, off the hook, and just too wasted to think. They stink, Bambino, of sweat and burnt electrics, whiles Crystal Castles are redolent only of magazine gloss and franchise-chain coffee. Of course the French duo are every bit as much an art-school laboratory construct as Crystal Castles. The difference is, Bambino are good at hiding the seams. And being decadent continentals, unselfconscious fun is child's play.

The difference between the two acts is perfectly illustrated by their contrasting approaches to rave: on Crystal Castles' self-titled second effort and Kap Bambino's Devotion, respectively. The Canadian's treatment domesticated 'ardcore, condemning the genre to the art gallery, and the realms of tastefulness. Headphone-rave with a coating of practiced wackiness, Crystal Castles II played plastically with the genre's 'signifiers', on a theoretical level, similar to Roxy Music and their approach to glam rock, or indeed any other avant-leaning act in history whose modelled a detached version of a visceral, lumpen genre; be it Pere Ubu and garage-rock or Talking Head and funk. “Crystal Castles remain resolutely cold” DiS's Andrzej Lukowski observed, in his review of Crystal Castles II. Bambino, meanwhile, simply play. You can foresee a cerebral hollowing-out of rave over the course of 2012, what with the advent of rave-deconstructing acts like Araabmusic, or the rise of 'chill-rave' producers like Stay +. Consider also the current vogue amongst witchhouse acts for repurposing late-Nineties trance. But true to form, on their fifth album Devotion Bambino are true to the form, consequently vomiting out an early contender for the indie community's best dance record of the year. Or, that is, the most danceable.

From the off, Devotion is all about pleasure and release. Opener 'Resistance Alpha' revs up in a storm of cut-up vox, before a tiny synth-squiggle primes the good times, ushering in a whomping kickdrum and heart-swelling synths of Gatecrasher '98 vintage. It's just one of the many jaw-tightening moments that riddle the album. 'Obsess' is riot grrl via synthpunk (with added arpeggios) while, galloping and drenched in a plutonium sizzle, 'Rise' really puts the blast in blasted techno. Midpoint vignette 'White Voodoo' is coldwave meets Fucked Up, but with live drums, and (skimming over dubstep misfire 'Buffalo Kids') 'Trapping' leads you down a blind alley of plaintive strings, before an ambush of dizzy metallic modulations and one big bastard of a bass-beat. Elsewhere, 'Under Tender' presents a wasted, ominous take on Moroder disco; 'Devotion' splits the difference between 18th century Vienna and 1970s Lower East Side; while 'Burning' reinvents the dancefloor as the scene of a screaming massacre: ear-popping lazer-synths raking the front rows in maniacal waves. Neither cheapjack electro or purist dance,Devotionis located at that sweet spot often inhabited by indie dance acts - both accessible and unsavoury.

It's a little contrary to favour Devotion over Crystal Castles II, when the latter is a far more accomplished, versatile, inventive record. But if the name of the game be functioning dance music, this is a one horse race.