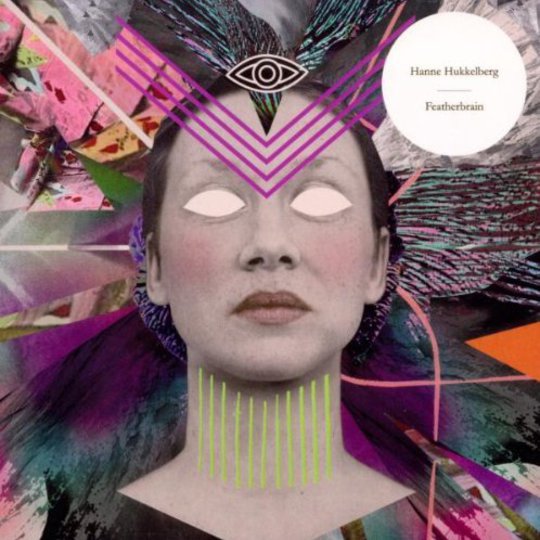 In the interests of impartiality I should start with a simple disclaimer that, more often than not, I’m a sucker for the Nordic voice. It doesn’t matter whether it’s the conversational dialogue of a fictional Danish prime minister, the mellifluous tones of Solveig Slettahjell or the more ebullient idiosyncrasies of Bjork, they literally have me at hello.

And so it was when I first saw Hanne Hukkelberg in a support slot at The Royal Festival Hall; within seconds of her taking the stage her winning mix of sweetness and humility (combined with her Norwegian accent) had me and most of the Nouvelle Vague-focussed audience in the palm of her hand. Not that it mattered; when things got started and she began to sing, you realised she could have the speaking voice of Ray Winston and the natural charm of a cigar wielding Joey Barton and it wouldn’t matter. The diminutive Norwegian is possessed of a truly remarkable voice, in turns meek, bold, delicate, robust and always sonorous (if you’re not aware, it’s arguably best evidenced on the live version of her excellent cover of The Pixies’ ‘Break My Body’).

Since that show in 2004 a couple of albums have come and gone, most recently 2009’s Blood From A Stone which saw Hanne’s trademark experimentalism, developed on Little Things and Rykestrasse 68, dialled back in favour of a slightly heavier, more traditional and indie-influenced styling. This time round Featherbrain has drawn again on Hanne’s varied influences (from contributing vocals on doom metal band Funeral’s album In Fields of Pestilent Grief to touring with Wilco) whilst retaining some of the punchier and more mainstream elements of Blood From A Stone. As Hanne herself put it, “this album feels like the missing link…Featherbrain is its own beast, but it still has aspects of the other three in it”.

The combination of styles is evident from the off via the title track’s opening lyric “Head inside, there’s old habits”, and the juxtaposition of found sounds and detuned instruments with a rockier, guitar led lo-fi chorus. The album is littered throughout with unusual sounds and arrangements, from thumb pianos to harpsichords and even a sampled kettle, whistling as it boils and is removed from the hob. What’s impressive is how, more often than not, these experimental elements, guided by Hanne’s long term producer Kåre Vestrheim, are able to match themselves successfully with the more traditional orchestration or production. This is particularly evident on standout tracks such as ‘My Devils’ – the album’s first single – and ‘The Time And I And What We Make’; both are bold pieces, featuring syncopated and visceral drum shots alongside vocals that, in turn, call to mind Ethiopiques and a modern choral arrangement with enough intensity to fill a gothic cathedral.

Inevitably there are times when the wilful experimentation can veer off course; the self-consciously basic electronics that open ‘Too Good to be Good’ don’t quite work, and at just under eight minutes the track can feel a little like it’s losing its way, but these moments are rare.

Whilst Hanne’s music has evolved since her debut Little Things in 2004, Featherbrain is an album that pulls various strands of that development together to make something new. Unlike the recent offering from the Nordic’s most famous musical export there is no technical wizardry at work here, no apps and no iPads, just heartfelt song-writing grounded in honesty and intimacy. And that voice.