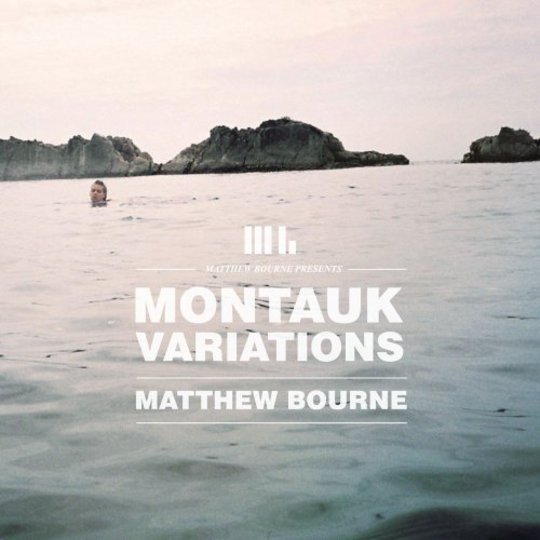 Matthew Bourne has won spires of jazz awards and flits between a suitably dizzying number of improvisational jazz to proto metal outfits. Matthew has also recently successfully applied to become one of four UK musicians supported to perform and write in China as part of a PRS for Music Foundation and British Council-funded residency plan. Matthew’s existence within music is a seemingly grown-up take on the record, release perform dichotomy.

Bourne can compose though, as this collection of predominantly solo piano pieces highlights. He can compose uniquely. Sure, parts of this are the thumb smashing piano strikes that you may expect from a performer most widely known for their collaborative improvisations. Piano trills huff and roll in sporadic ascensions, melodies lie coddled within, occasionally peaking out of the swaddled mesh of furiously rapid notes.

This album is far more interesting when it’s overtly, garishly, pensive. ‘IV. Infinitude’ starts with all the lounge-soul of a Burt Bacharach refrain and then softly dallies around that same refrain, slowly moving the timing, adding slight variations that push and pull majestically. It’s warm to the point of whimsy; a sentimental snapshot bundled into two simple piano phases and a completely addictive loop of a listen. When a song seemingly loops and yet always changes, creating a new reaction to each pluck of each new note, it’s spellbinding.

‘VII. Juliet’, builds and develops, breaking the solo piano precedent. Although piano starts in isolation, with lone bass notes rotating under piano chords to create sombre, dramatic shifts, it quickly introduces strings that yearn like the arrangements of Max Richter, before segwaying into ‘VIII. Senectitude’. ‘VIII. Senectitude’ rolls as a short series of string repetitions that feel plucked from the alt-country of Howie Beck, a lament on loneliness through harmony.

Whilst the album may be far from simple, it’s certainly the feeling of simplicity that makes this endearing, if not inspiring. Movements feel as though, given a piano, a quiet room and a day, these correlations could be devised by anyone through a trial and error process. Find a nice two handed or two-finger combination on a piano, let them resonate majestically, and continue the process, stopping when it doesn’t work and start again’ retrace the good bits try and find a new combination at the fluff up. Thirty seconds actually trying this establishes that for all the blurring between performer and consumer that technology allows, it will be some piece of kit that can inject an instant programme of musical ability. Surely the realm of biotechnology before an iImprovisationalComposer app.

Montauk Variations is an album that charges gracefully through piano and string compositions, using rotations to bring out an endless series of variances to seemingly unmoving patterns and occasionally flitting to overt virtuoso performance. It’s predominantly a reflection, a look at things moving slowly and a stirring listen.