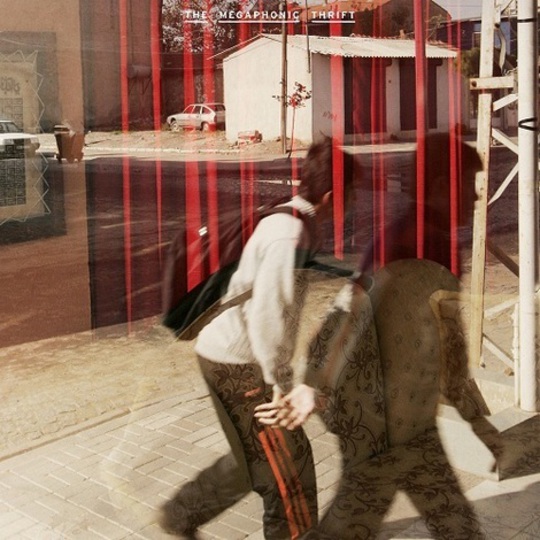 When all's said and done, there are far worse bands to be compared to than Sonic Youth. However, after repeated listens to The Megaphonic Thrift's Decay Decoy and A Thousand Years Of Deconstruction collections, it's clear they spent part of their formative years in communal worship at the temple of all things Sub Pop and Blast First. Whereas the likes of 'Son Of J' and 'Talks Like A Weed King' suggested them as possible Scandinavian heirs to the Yoof and Dinosaur Jr's thrones, their latest collection serves up a more diverse blend of harmony, melody and occasional slabs of noise-infused brutality.

Not that their parallels with Sonic Youth have completely vanished. As with 50 per cent of that band's creative hub, The Megaphonic Thrift's Richard Myklebust and Linn Frokedal are also embroiled in a personal as well as professional relationship and while the unimaginatively titled The Megaphonic Thrift doesn't exactly double up as a fortuitous honeymoon soundtrack, its clear their intentions are lined with feelings of harmonic bliss rather than ear shredding sonic assault. Recorded last year in their hometown of Bergen, The Megaphonic Thrift is a disparate mix that represents an audacious seachange, ultimately removing any doubts its creators are mere one-trick ponies.

At times reminiscent of Kim Deal's brief but gorgeously memorable 'Special One' outing with Kurt Ralske and Ultra Vivid Scene way back when, The Megaphonic Thrift haven't seconded the ferocity that attracted current suitors Club AC30 to the back burner as such; they've just learned to channel it in a more controlled, less intrusive manner than on any of this record's predecessors.

Opener 'Tune Your Mind' is perhaps the most obvious reminder of their past. Myklebust's vocals sounding not unlike Caleb Followill's in part, all frazzled and resonant. Its the wistful mix of effects-laden guitars and hefty rhythms that set The Megaphonic Thrift apart from Kings Of Leon blandness, and as such sets their stall out impeccably for what follows. 'Raising Flags' comes bathed in Sixties-inspired harmonies - think The Notorious Byrd Brothers meets If You Can Believe Your Eyes And Ears coupled with a tenacity usually reserved for sludgier territories and you're heading in the right direction. Similarly, 'Broken Glass/Yellow Fingers' introduces itself via a cavalcade of crashing drums, Frokedal's distorted vocal gliding hazily over the top while Myklebust and fellow six-string operator Njal Clementsen trade histrionics in the foreground.

There's a more relaxed element to The Megaphonic Thrift punctuating the record's atmosphere throughout. 'Fire Walk With Everyone' floats rather than bludgeons while the semi-acoustic melancholia of 'I Wanted You To Know' and nursery rhyme delivery of 'Kill, Breathe And Frown' perhaps indicate where the band's future creative intentions lie. Better still is 'The Guillotine', a sumptuous lament astutely conveyed by Myklebust and Frokedal in tandem. Again, obvious comparisons would point to The Breeders or Beach House, although personally Drop Nineteens' Delaware immediately springs to mind.

Overall, there's little to be despondent about here. The Megaphonic Thrift marks a well-crafted progression for the Norwegian four-piece, and on rhythmic closer 'Spaced Out', there's even a hint of funky drummer style playfulness courtesy of Fredrik Vogsborg's eloquent patterns. What more could you possibly ask for?