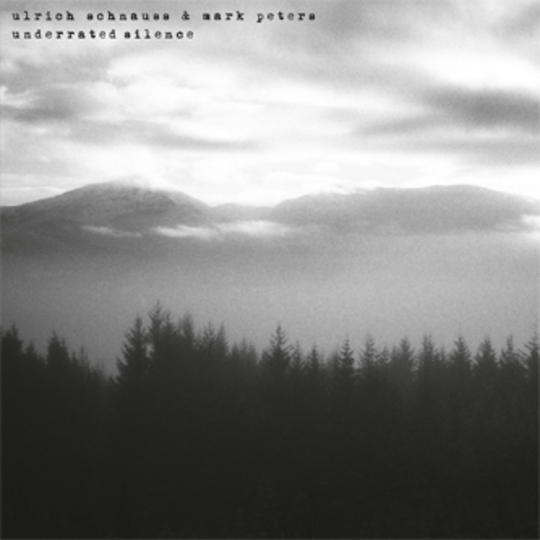 Its perhaps no surprise then that Peters and Schnauss have grasped the opportunity to conjure up an album of tranquil beauty together with relish. Putting the Engineers moniker on the back burner for the time being, Underrated Silence is a ten song collection that further illustrates both Schnauss' influence on Peters' music while demonstrating the latter's growth as both a composer and arranger. In parts cinematic, other times positively experimental, Underrated Silence uses the softly softly approach to occasionally devastating effect.

Take opener 'The Messiah Is Falling': rather than the full on sonic assault normally associated with the duo's day jobs, its gentle acoustic strum opens the doors for what follows. The vocoder led 'Long Distance Call' and unconventional instrumentation of 'Forgotten' both reveal an oriental influence. Indeed the latter bears some resemblance to David Sylvian and Ryuichi Sakamoto's 'Forbidden Colours', guest vocalist Judith Heck eerily lamenting "So lost in time, so lost in you" over the song's coda.

'Yesterday Didn't Exist' meanwhile adopts the musical flotation tank augmented so successfully by the likes of Air down the years and takes it on a peacefully lysergic journey. 'The Child Or The Pigeon' embarks on Death In Vegas territories, albeit in a stripped down manner, Heck's vocal resonating incisively with its acoustic melody.

Of course there are some minor criticisms with Underrated Silence, the most obvious being the similarity between most of its ten pieces. It would also be fair to say that while only the coldest soul would find little to appreciate here from a perspective, an album of this nature would perhaps only appeal to those of an acquired taste.

Nevertheless, Underrated Silence marks the beginning of a significant new chapter for its creators. Where it next leads to is anyone's guess, as the possibilities are endless.