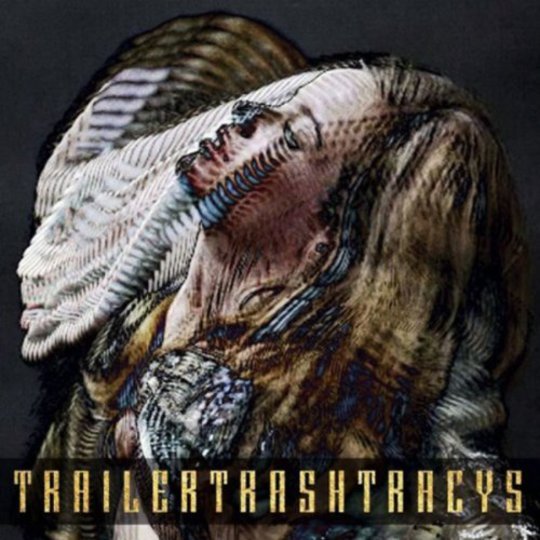 Why doesn’t anyone make big, loud rock music anymore? You’ll get a lot of different answers to that question, depending on who you ask, but it’s probably got something to do with Kid A being great, Be Here Now being terrible, the last ten years of the Foo Fighters’ career being fairly uninteresting, Mona and Brother being totally embarrassing, Klaxons and The xx winning the Mercury Music Prize, Lady Gaga winning several Grammys, SBTRKT and Tim Hecker making into DiS’s top five albums of 2011 and, generally, dubstep. Oh, and the fact that we don’t read Kerrang! anymore.

Still, no matter who you blame for the lack of loud riffs and wanky guitar solos in recent years, 2012 doesn’t look like it’ll be the year that saved rock (again), irrespective of him from The Enemy’s claims to the contrary. For proof, you only need to look at the sort of quiet and conscientious guitar bands who we’re told will soundtrack the year ahead: Zulu Winter, Alt-J, Mozart Parties, and now, Trailer Trash Tracys. Despite having one of the most hackneyed, leather-clad, rock band names since Twisted Sister, on ‘You Wish You Were Red’, Trailer Trash Tracys have all the hazy detachment of The Jesus And Mary Chain, dusted with the faded glamour and demi-goth coolness of Dum Dum Girls or Warpaint. With its glugging bass and distant C86 jangle, the song is both the highlight and the blueprint of this downbeat London quartet’s debut album, Ester.

With the exception of the Flaming Lips-style instrumental space rock prelude of ‘Rolling – Kiss The Universe’, Ester is set within strict parameters. It has a shoegazing, bass-driven, post-punk attitude that moves hesitantly towards the fringes of pop. ‘Los Angered’, for example, builds an emotionally intense authenticity around the whisper of a Bobby Gillespie-patented drumbeat and Susanne Aztoria’s half-interested vocals. Strangely though, this assertive approach is undermined by a chorus of simplistic Sixties girl group chord changes. ‘Candy Girl’, is better, with its damp, curvy melody that sinks you into a wonderful lucid dream. It’s almost Corganesque in the way it’s simultaneously elegant and angst-ridden.

The crass shredded riff of ‘Engelhardt’s Arizona’ on the other hand, is Eddie Van Halen in extremis, but it’s a sound that’s cleverly softened by an increasingly sleek bassline. It sneaks up on you in the same way as ‘Dies In 55’, where the bass comes in syncopated around fairy light synths and tatty electronic drums. On both of these tracks, Trailer Trash Tracys copy Animal Collective’s great trick of spending two or three minutes running in circles around a beat, failing to find a groove until suddenly it’s there and you’re rocking back and forth rhythmically, spellbound by countless kaleidoscopic melodies.

The fact that it’s possible to compare the same Trailer Trash Tracys song to both Animal Collective and Van Halen says a lot about the amount of ground the band cover on Ester, in spite of the sonic limits they’ve set. Indeed, elsewhere they share a likeness with Summer Camp’s Young EP (‘Starlatine’) and Joy Division’s Closer (‘Turkish Heights’). As a result, Ester doesn’t quite have a narrow enough scope for us to be able to say that Trailer Trash Tracys have a sound that’s all their own, but they’re close to finding their voice, and with a little more refinement it will come out, not loudly, but clearly.