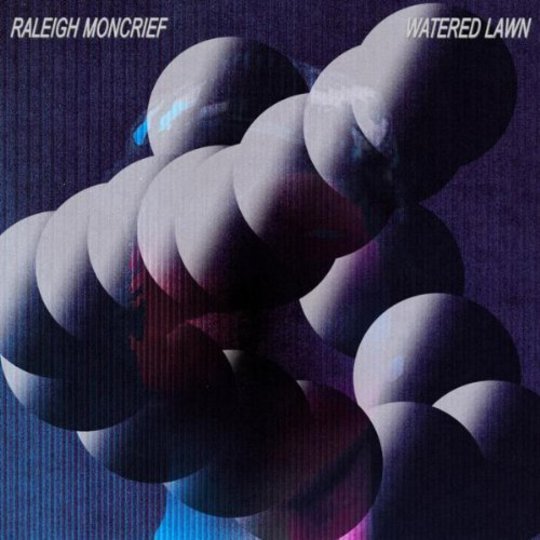 It’s probably fair to say that Sacramento glitch-pop troubadour Raleigh Moncrief has paid his dues. His debut album, Watered Lawn, follows stints lurking behind the scenes for various shining lights of the American indie constellation: he produced Dirty Projectors’ art-rock classic Bitte Orca, was once a member of Marnie Stern’s touring band and has previously lent his talents to the likes of Zach Hill and Ganglians. Going it alone, Moncrief doesn’t so much step into the limelight as much as he bounds into it with bold strides. Watered Lawn is a dizzying rush of grinding synths, sun-splashed harmonies and wide-eyed eccentricity – with a strange beauty to match its outlandishness.

From the mesh of Spanish guitars and clackety percussion that propel opener 'The Air', Watered Lawn twists and turns on a whim through rumbling hip-hop grooves, nods to Afrobeat and coruscating drones. ‘I Just Saw,’ recently heard covered by anticon. label-mate Baths, is a tender ballad underlined with electronic trills and menacing mechanical whirring sounds. The album’s centerpiece ‘Cast Out For Days’ meanwhile finds the young musician on a soulful tip, crooning seductively around an unutterably catchy clarinet lick like a The-Dream song mangled in the clutter shop dreams of a mad man.

Pushing aside the Prefuse 73-esque bleeps, blips and booms, Watered Lawn’s vocal arrangements and falsetto charms are indebted to the Beach Boys. But where acts like Animal Collective and Grizzly Bear have made nostalgic nods back to the iconic Californians’ Sixties sounds, Watered Lawn reimagines Brian Wilson’s output in a modern setting saturated by the sights, sounds and semantics of web 2.0. Pop melodies are torn apart by abrasive keyboard lines and the constant fizz of computerized sounds. The vocals and brittle acoustic guitars have a muted intimacy amid all the electronic chaos, as if they were casually recorded into Garage Band and a symphony of noise constructed around them. It’s as if the Beach Boys’ Pet Sounds have mutated into monsters.

Of course, one man’s deliciously loose electro-freak dream is another’s rambling and incoherent nightmare. There will be people to whom this is an excessive and cumbersome listen, and understandably so. The album’s stop-start pacing won’t do much to win those people over, either – Watered Lawn is a little lopsided, struggling to sustain the jaunty pace and electric energy of its opening batch of songs. But for those who can stomach its indulgences, this record is too courageous and inventive to get hung up on such trivial matters.

Watered Lawn is a more assured and adventurous listen than you’d expect from a performer still getting his solo bearings. With a résumé as decorated as his, you’d be forgiven for expecting a lot from this debut album. But Moncrief doesn’t disappoint – he confounds.