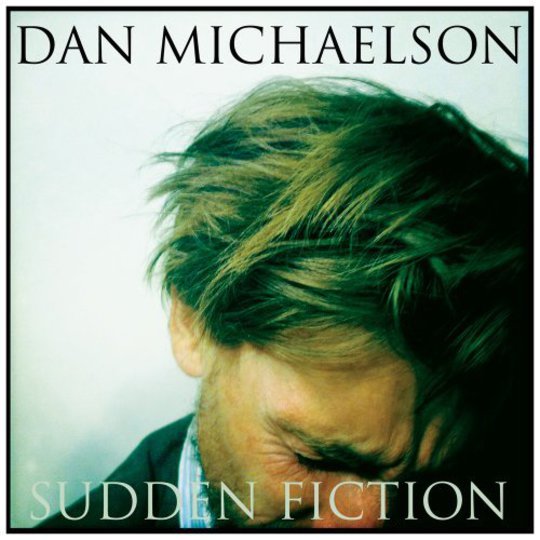 It’s compulsory when talking about Dan Michaelson to mention his deep, croaky voice, so I’ll get it out of the way early. This lad is deep, and boy does he know it. Over the space of three solo records and a brace of releases with his old band Absentee, Michaelson has come to the understanding that although it’s nice to dress that voice with all manner of different instruments, the most impressive thing he can do is wrap his rich, slow rumbling croon around as many languid syllables as possible.

No points for guessing that Sudden Fiction is a bit of slow burner then. Often, it can seem like Michaelson is merely conducting an experiment to see just how sparse he can make things – we’re often left with just his voice and the distant twang of his guitar teasing a rhythm along. Indeed, he admits himself that inspiration came from mimimalist word techniques, which the title is a nod towards. That doesn’t make it an uncomfortable listen or an passive experience though. Instead, there’s a warmth and gentle mood that runs uninterrupted throughout Sudden Fiction, and a sense of an artist confident in his own creations.

Previously, Michaelson has been accompanied by The Coastguards, a backing band specialising in splashes of colour and delicate accompaniment. Here though, rather than the warm brass and lolloping rhythms of Saltwater, Michaelson has done most of the work himself, with the main contrast coming from mournful cello and simple piano lines.

The lyrics definitely help to generate some added warmth. Their strength lies in their simplicity and directness, never more so than on ‘I Lay With You’ which sits right in the middle of the record. Over a beautifully picked rhythm, Michaelson croons of how “I only lay with you” and “I feel like holding on”, and you can imagine warm embraces and comfortable, lazy silences. It’s pretty mesmerising. Elsewhere, there’s plenty of steadiness and quiet contention, “Sometimes I just hold you and weather the storm” – you get the sense that although the writer is far away from someone he cares about, he knows that in returning to them, everything will straighten itself out.

Apparently, the sparse nature of Sudden Fiction was inspired by time Michaelson spent in Texas last year, and you can definitely see the record as a distant cousin of Bill Callahan’s Apocalypse or even Josh T Pearson’s acclaimed Last Of The Country Gentleman. It’s not as full of tension and end of the world terror, but rather a gentle sense of contention. Perhaps it’s a stoic Britishness, a record built on cups of tea rather than lashes of bourbon. But that doesn’t make it any less effective.