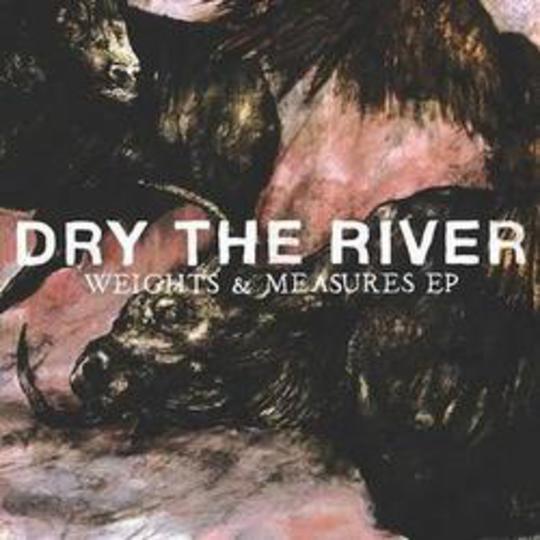 Dry the River continue to tease us with another EP, but Weights & Measures shows definite progression in the London band's sound. While their songwriting formula - a fairly standard quiet intro, louder verse, even louder chorus - has remained constant, the sound of their new tracks is bigger than their previous recordings.

For music with such an apparent folk influence, the rock elements blow it miles away from singer-songwriter territory. The chugging thud of the bass can be felt through your body even if you’re listening on crappy computer speakers.

Dry the River have built upon their warbling vocals, emphasising the rich layers and treating them not only as a highlight but as an integral part of their instrumentation. This is particularly apparent in the spot on cover of Josh T. Pearson’s 'Thou Art Loosed', in which they match his quavering texture note for note.

But the EP’s greatest moments are on the title track. The chorus of 'Weights & Measures', with its dramatic cadences and marked bombast, should bring a lump into anyone’s throat. It serves in sharp contrast to the acoustic 'Bible Belt', which was recorded for the Watch Listen Tell video series, and, as an interesting factoid, was performed so minimally because guitarist Matthew Taylor had his arm in a sling. It makes for a good story anyway. The delicate guitar and whispery violin are very pretty, but what makes Dry the River exciting isn’t pretty moments, it’s the slightly crazed moments. The EP as whole shows a step up in displays of emotion, for the better, which is absent in this subdued rendition.

Weights & Measures isn’t essential listening, but as consistent as it is with the singles that precede it, it hints that Dry the River's debut full length will be. Enough teasing, let’s have the real deal.