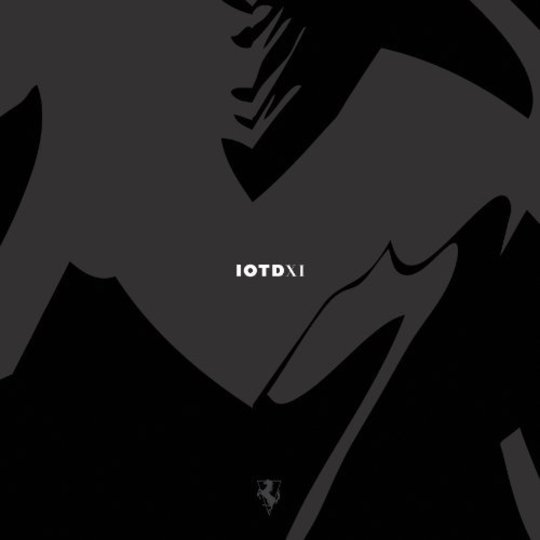 R&S Records, the legendary music label set up in Ghent by Renaat Vandepapeliere and his wife Sabine Maes in 1984 have brought back the In Order to Dance compilation series to showcase the artists that have been behind the recent revival of the label.

With releases in the late Nineties having trickled to almost to a halt, the label went on a five year hiatus between 2001 and 2006, only to resurface in London. Operating somewhat under the radar, the label has truly experienced a renaissance in the last couple of years, aligning itself with the UK’s burgeoning bass-music scene and releasing tracks by some of contemporary electronic music’s biggest stars, from James Blake, to Untold, Lone and Blawan. The IOTD series has functioned throughout R&S’s history as a snapshot of the era in which they were released apart from the last instalment, 2008’s IOTD which served as a retrospective view of R&S’s late Eighties and Nineties heyday. IOTDXI, while casting a backwards glance towards the Nineties, remains firmly rooted in the present and serves as definitive proof that the phoenix has risen from the ashes.

Split into two discs, the first provides already released material from the label’s roster, while the second offers ten tracks which haven't seen the light of day until now. Disc one unsurprisingly showcases the strongest tracks, with particular mention going towards James Blake’s ‘CMYK’ and ‘I Only Know (What I Know Now)’, from his two R&S EP releases. Other highlights include The Chain’s ‘Lostwithiel’ and Pariah’s ‘Orpheus’ (the Oneohtrix Point Never remix of which appears on disc two). ‘CMYK’, featuring sampled vocals from Kelis which lead to a euphoric and fuzzed out dubstep-almost-dubstep breakdown is the undisputed highlight, and along with the other mentioned tracks demonstrates the division that exists in R&S’s current output. While all operating under the ever expanding umbrella of bass music, the tracks on show here consistently swerve between music that sounds organic and music that exists in realms altogether more mechanical. For every Space Dimension Controller* (who provides an ambient opening to both discs), there is an **Untold (whose contribution comprises of ‘Stereo Freeze’ on disc one and ‘U-29’ on disc two). While there are no duds, the extended periods of stark bass-music are shown up for their slight monotony by tracks like Blake's ‘I Only Know (What I Know Now)’ whose depth jumps out at you, providing texture and colour to the wall of sound. The compilation also swings between sounds that are current and those that are unashamedly retro, in particular Pariah’s debut single ‘Orpheus’ and Bullion’s ‘Ralph’ which couldn’t be more Nineties if they tried. The former in particular espouses Nineties dance music revival which is taking the world by storm, featuring spacey soul vocals and echo-ridden percussion which would not have been out of place had it been released in 1997.

IOTDXI is an accomplished collection of music, putting R&S back on the map and demonstrating that in can exist in the present without resting upon the laurels of seminal releases like Aphex Twin’s Selected Ambient works 85-92. Indeed, it shows that R&S is not merely justified in the current musical landscape, but that it has all ten fingers firmly pressed on the pulse of contemporary electronica in its simultaneously forward and backward looking nature. Listening to it all the way through in one sitting does prove to be somewhat challenging, but there are enough gems here to justify its position in many a record collection, and provides a perfect introduction into the world of R&S, and indeed British bass-music as a whole.