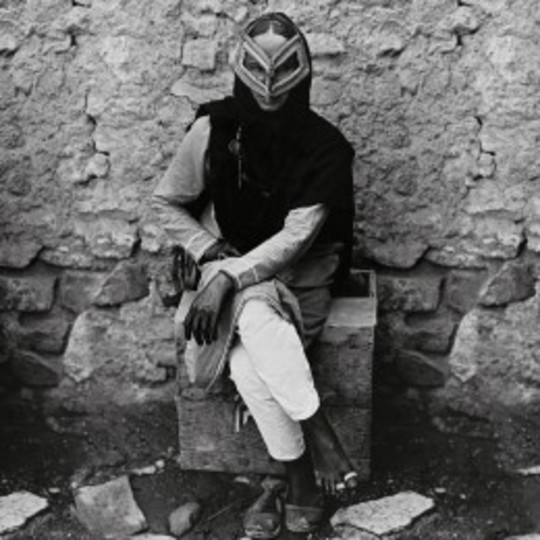 Increasingly estranged techno producer Andy Stott - who abandoned the genre earlier this year and began releasing dark, twisted house EPs - is back with another hair-raising collection only months after the visceral Passed Me By. There must be something in the water in Stott’s native Manchester, or specifically Stott’s native flat, to transform him from deep house DJ into crazed, prolific experimenter: although less inclined to source horror movies/Turkish radio than labelmates Demdike Stare, he’s bent on recreating the Lord of the Flies titles, churning out poison like a lead works. Somehow each record gets more beautiful than the last, and We Stay Together offers that perfect mix of lethal mulch and sounds recorded from the parties held in Parisian caves by base jumpers. In six tracks and 40 minutes Stott drifts from innocuous ambient to shattered Bhangra to sounds from the insane asylum, not so much channeling witch house as channeling music for all the troubled spirits: witches, banshees, Phones 4U supervisors, the lot.

Despite its surface nastiness, We Stay Together is Stott’s most natural sounding release to date, built on boiling seas, cave noises, jungle squawks, and some kind of new Antarctic sponge. Fortunately the rainbow of world music stops there, and Stott douses everything in drums so black it’s like he’s hosting a carnival to celebrate the death of the atmosphere. Having suckered in the timid with the deceptive drones of ‘Submission’ - the kind of shimmering blizzard that Burial might knock blocks over - he jumps straight to the meat of the release; the pounding, sacrificial ‘Posers’. Featuring a synth line to die for and a beat like Dick Turpin’s runaway horse cart, it’s a hypnotic ritual with lyrics so garbled even Bullion couldn’t decipher them (all I got was ”Sexy liftoff / Sexy liftoff” repeated over and over). Although Stott ladles on the bongos and static, he puts rhythm ahead of being evil, such as on the likes of ‘Cracked’ where he crosses old disco noises with gloomy blacksmith strikes. Taken out of context it’s just another trip to Hell. Taken in it, and compared to some of the record’s stranger moments, it’s a whole day out in Disneyland.

These stranger moments, which Stott segues neatly in and out of the vaguely less strange moments, prove he still knows how to let his possessed side off the leash. Given the record’s cover art (bandito wearing opera glasses) you’d expect contradictions, and they don’t come more contradicted than the feral ‘Bad Wires’ following the lighthouse-like ‘Posers’. Rightly given a side of the vinyl all to itself, ‘Wires’ plays like a cross between a hydroelectric power station and ‘Macarena’, crunching dub noises for seven minutes straight before grinding to a standstill - and successfully recreating that ancient feeling of having your Walkman batteries die on you mid-song. Equally manic is ‘Cherry Eye’, which is either a cassette of someone feeding pipes into a wind tunnel or a dubstep tune drowned in a sack. Flies buzz and guns cock, and Stott just about manages to smother everything with beats. The struggles on the record like this are delicious, with engineered keyboards brought out sparingly to remind you this is still technically a song.

Whether We Stay Together is a companion piece to Passed Me By or the second point on a well-plotted curve remains to be seen, but Andy Stott seems to be evolving with each new EP, and scales new heights with this one. Deep house fans might find it a little indigestible but then Stott’s already left them his Merciless and Unknown Exception full-lengths, enough to keep them stocked up on future dub for years. Now, though, he seems to be off on a private spiritual tangent, hit in the head with lightning like John Twells and his increasingly unhinged Xela project. Both artists have a view of the future that’s utterly stark, unforgiving and relentless; Stott adds beats, Twells adds cathedrals. There’s not much in it. Draw the curtains.