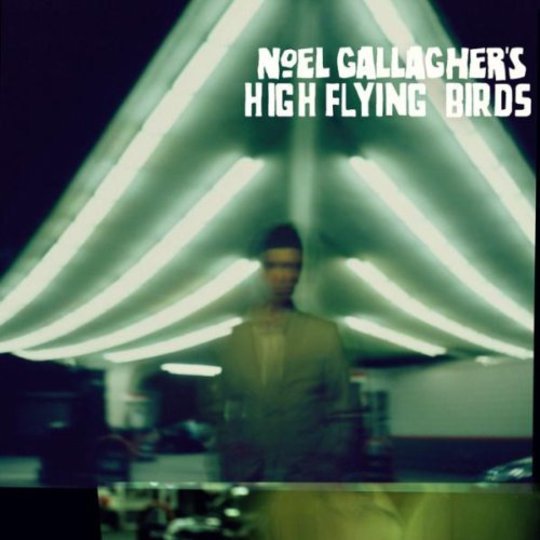 Many years ago, I was sat in a park with a few friends on one of those hazy summer days where Britain seems the most beautiful place in the world. We were discussing the rumours of Oasis – a band who held a special place in our hearts since our early teenage years – splitting after yet another Liam and Noel row. At that age, a band you love breaking up is far worse than Katie in X-Band sending you a message via a mutual friend that 'it’s not you, it’s me' and so, mulling over our bottle of cider, we were solemnly contemplating the end.

All of a sudden, someone piped up: 'Yeah, but imagine if Noel did a solo album. Wouldn’t that be amazing?'

Nods and sounds of agreement quickly followed. Though many of Oasis’s finest moments came and went in a cloud of spittle and feedback, Noel Gallagher had a remarkable ability of sitting down with a limited number of chords, beer-mat philosophies, a savvy knowledge of pop culture and like a Mancunian Rumpelstiltskin, somehow weaving poignant gold from them. ‘Whatever’, 'Slide Away', ‘Live Forever’, ‘Cast No Shadow’, ‘The Masterplan’, ‘Don’t Go Away’, ‘Talk Tonight’: he had a way of writing simple, striking songs that lodged themselves into your heart and refused to budge. That’s a simple concept to state, but an astonishingly hard one to accomplish. The idea of his songs, stripped down to basics and reconstructed without the ever-wearying bluster of Oasis, was a wonderful concept for our minds to savour.

The above scene took place in August 2000. Remarkably, took nine more years of slow decay for Oasis to finally implode. And over the years since that discussion, our faces aged but our confidence grew. Liam is writing more of the songs? Noel must be saving his best ones for his solo record. Oasis have split? Ah, it was coming. Noel will have his album out soon. Beady Eye’s album is about as enjoyable as having your eardrums introduced to sulphuric acid? Noel will blow us all away.

And so; many months and moons on, I finally receive Noel Gallagher’s High Flying Birds.

And it’s just… ok. Nothing more and nothing less.

Everything starts so promisingly. ‘Everybody’s on the Run’ is full of portentous drama, breaking tensions and woozy strings as Noel bellows out the lyrics like a man desperate to prove his point. It’s disarming, bold and captivating – a fine opener. And ‘If I Had a Gun’, though stuffed full of typical Noel clichés, is probably the closest sibling to his tender ballads of old: sweet, effortless and endearing. ‘The Death of You and Me’ garners a smile through its Tom Waits/ New Orleans jazz break but best of all is ‘AKA… What a Life!’, the one moment where Noel truly steps out from his safety zone while splices drone and piano with a stark disco beat. His oddly detached, existentialist vocal entwines disarmingly with the music and there’s an understated threat lying just below the surface. It’s one of the best tracks from him in the last decade and shows what he’s still capable of. It’s also a fine example of the simple and uncluttered approach showcased by his new band. Almost entirely, the musicianship on the record is excellent.

Between these standout tracks however, sit a worrying and frustrating amount of ponderous filler. ‘Dream On’ is a papier-mâché remodelling of ‘The Importance of Being Idle’ that, whilst possessing a good melody, offers little else apart from an unnecessarily drawn-out ending. ‘(I Wanna Live in a Dream in My) Record Machine' is pure autopilot – Noel by Numbers. Again, it’s not so much bad as maddeningly meandering. It doesn’t say or do anything of note and after a while, this continual drift begins to grate and irritate. ‘AKA… Broken Arrow’ starts off with a nice Smiths-esque shuffle but ends up compromising to a timid and predictable chorus. And most disappointing of all is the closing ‘Stop the Clocks’, a song Noel was extolling the virtues of as far back as 2002 and stating that it was one of the best things he’d ever written. Such proclamations appear to have little in common with the mediocre offering on display here: four minutes of nothing in particular followed by a brief explosion of adrenaline and lead guitar that seems designed to achieve some sort of belated climax. It doesn’t and it’s a stultifyingly anti-climactic end to proceedings.

What is most lacking here is the sense of wonder or triumph associated with Noel’s finest moments. Bereft of these, what you are left with are 10 largely freewheeling tracks that neither amaze nor appal: an adequate selection that, were they were written by someone who didn’t have Noel Gallagher’s CV would go largely unheralded (though let’s just settle one argument here: it still wipes the floor with Different Gear, Still Speeding). Lyrically potholes aside (and Noel has always been prone to those), there’s nothing truly reproachable on here. But mostly, it is a formulaic affair. Tick the boxes, add a few strings, loud bit here, quiet bit there - it presents as the musical equivalent of a catering buffet that while attractive, initially satisfying and never truly souring of the palate, ends up quickly becoming a homogenised sprawl that fails to tempt you back for second helpings.