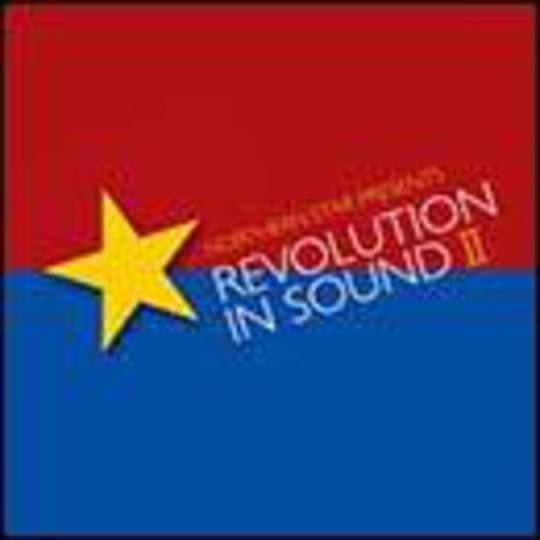 Having established themselves as one of the UK's leading independents for discovering new artists, London's Northern Star have come up trumps again with this 17-track assortment of delights from around the globe. Not just confined to highlighting talents on these shores, they've trawled the underground scenes of Scandinavia, New York, Madrid and rural Germany to collate Revolution In Sound II, the follow-up to 2009's compilation that introduced the likes of Maribel, The December Sound and Dead Leaf Echo to a wider audience.

Once again focusing on a concoction of shoegaze-inspired guitar sounds, electronica borne out of a fascination for krautrock and general noise induced oddities, there's something for everyone with merely the faintest level of interest in each of the aforementioned genres. While some of the artists here will be household names to those already familiar with Northern Star's previous output (Nova Saints, Punk TV, Insect Guide), it's the lesser known bands that once again steal the show.

The opening 'Solitary Rush' from Norwegian trio Simon Says No and 'Arthur Brown Gets Me Down' courtesy of Manchester's Humanizer both follow the Brian Jonestown/Black Rebel passage into territories once reserved for Primal Scream. It's on the ethereal 'Sunraindown' by New York's Highspire that Revolution In Sound II picks up the pace though. Reminiscent of both Lush and Curve in their prime, it swoops and glides across various trajectories, while Stockholm's Culkin bring the noise and some via incendiary three-minute firecracker 'Libbets Casey'.

Regular readers of DiS will already be aware of two of the highlights here; both fellow Swedes Youngteam and German trio The Lost Rivers having already received favourable reviews this year for their Daydreamer and My Beatific Vision releases respectively. While the former's 'Adrift' serves as a telling advertisement for their exquisitely crafted long player, the latter's 'All Dark (For The Last 24 Miles)' highlights the latter's growing reputation as young upstarts eagerly pursuing A Place To Bury Strangers crown as the loudest purveyors of noise rock currently roaming the planet.

Both Screen Vinyl Image and Ceremony also boast respectable profiles on the US underground scene, and both offer genial slices of industrial shoegaze befitting of their more feted peers. Delve deeper into Revolution...'s treasure trove and Madrid's Luger provide one of the stand-outs here. Their seven-minute opus 'Swastika Sweetheart' takes Can's looped formula into Death In Vegas territory courtesy of a penetrating keyboard riff and menacing vocals. Likewise the closing couplet of Kontakte's 'Superbug' (think 65daysofstatic locked in a room for 28 days with Michael Rother) and Perfect Blue's 'Room 35' mix teasing electronica with twisted spats of psychedelia ensuring Revolution In Sound goes out on a high.

As with Northern Star's previous releases in this and the four-part Psychedelica series, there's more than enough for the avid music buff to get their teeth into.