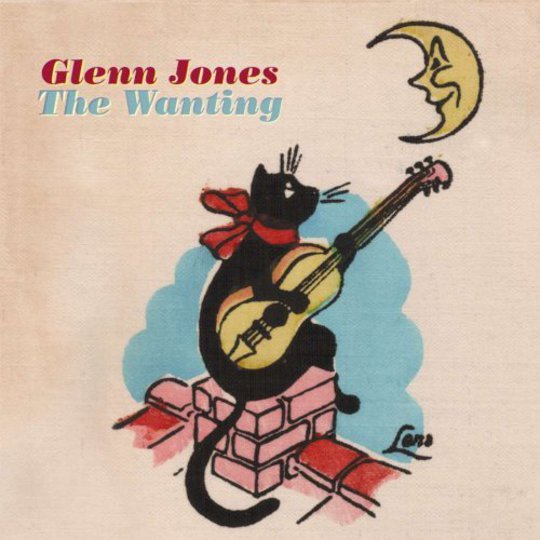 When I began listening to The Wanting, I was not at all familiar with Glenn Jones. Truth be told, I’m still no expert. Extensive information on this guy is thin on the ground, and neither his solo albums or those by his band Cul de Sac are particularly easy to get hold of. This makes it tricky when it comes to writing a review - this could get vague. So I’m sorry.

So, what can I actually tell you about The Wanting? Well, I like it. Less than a minute in, it’s clear this is a man who knows his way around a guitar. I imagine watching him play would be fascinating, as here he sounds a remarkably deft and sure musician, as if coaxing these beautiful sounds from a hollow wooden case is the most natural thing in the world.

That depth is important, as there are no vocals here. Voice is of course the most obvious conduit of emotion, if not necessarily the most effective. Its absence here is no cause for complaint. In fact, vocals would likely cripple the album, obscuring Jones’ fine, seamlessly flowing guitar work.

And what guitar work it is. Again, I feel the need to stress what a non-expert I am in this exact field. I listen to Glenn Jones the same way I watch Lionel Messi - with great admiration, but limited understanding.

Anyway, like Messi, this is bewitching. Not at first, perhaps. This is a dense, tangled, and above all, a very long album (it clocks in at just over an hour).Initial listens left me cold; it’s very much a grower, and I’d highly recommend listening on headphones for the full effect. For something that initially sounds like background music, it is immensely rewarding when given a little time and attention.

Also, for music that is so technically accomplished, it forms a wonderfully intimate album. While listening, I half expect to be able to turn and see Jones sat on my bed, idly retuning between songs. Once it’s over, I feel I should be thanking him personally. It’s surely no coincidence that Jones chose to record this in a Boston apartment, rather than a studio. That sense of warmth is key to The Wanting’s success, elevating it from clinical showpiece to something much easier to love.

Criticisms? Well, as I said, it’s long. Nothing necessarily wrong with a lengthy album, of course, but 18-minute closer ‘The Orca Grande Cement Factory at Victorville’ stretches it a bit, threatening to transform an attractive suite of songs into something rather more bloated and lopsided.

Final thoughts, then. This is an odd album, in that I’m sure some people would declare it the best of the year, while others might give up in disgust after one listen. All I can really say in conclusion is that The Wanting boasts both technical excellence and a cosy, welcoming atmosphere. A simple combination, perhaps, but a hugely rewarding one.