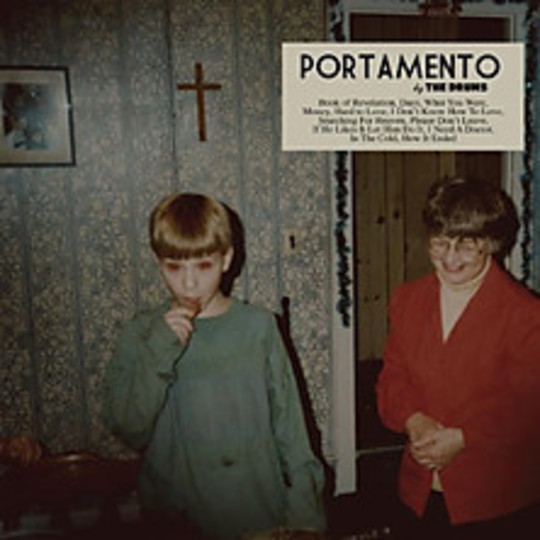 Having exploded on the scene at the tail end of 2009 amidst a substantial wave of hype and publicity, it was never going to be easy for The Drums to sustain the initial promise displayed on the Summertime EP, still their pièce de résistance as far as these ears are concerned. While the haters have had something of a field day ever since - accusations of industry manufacturing being one thing their detractors have thrown at them - it's still fair to say The Drums are a prolific bunch. Having only released their self-titled debut in June of last year, they've followed it up in little over 12 months. This would suggest their label pressuring them to strike while the iron's still hot were it not for the fact many of these songs have actually formed part of their live show for a good 18 months or so.

Call them late starters that got a lucky break at the right time if you wish, but Jonathan Pierce had already intimated to DiS when we spoke to them in 2010 that they had an arsenal of new songs ready for album number two, which when considering said chat was a good four months before The Drums saw the light of day, suggests they're a much harder working outfit than people give them credit for. Even the less than amicable departure of guitarist Adam Kessler doesn't seem to have knocked the wind out of their sails, although Pierce's assertion that his contributions were "minimal at best" perhaps answers that nagging quandary.

So, bearing all of the above in mind, why is it that Portamento is, at best, little more than an average collection of songs that barely moves out of second gear? While The Drums have created both a distinctive sound and slightly formulaic template that ensures the listener is in no doubt as to who or what they're hearing, it leaves little to the imagination in terms of diversity or variety except to say that many of the songs here sound like a continuation of what came before on The Drums, only marginally inferior.

Musically nothing's changed. The influences (The Smiths, New Order, Orange Juice, The Wake) are still omnipresent and while it's never a bad thing for the youth of today to be exposed to artists on Radio 1 gushing praise about certain underrated bands of yesteryear, Portamento carries with it an air of frustration because one knows The Drums are capable of so much better than this. It isn't awful, yet at the same time there's not enough substance that warrants attention for too many long spells either.

Pierce's distinguished vocal, for which the album's title is an obvious reference ('portamento' being a seventeenth century Italian word denoting a vocal slide between two pitches), flits somewhere between Morrissey's opulent narcissism and Bernard Sumner's desolate monotone deadpan, while Connor Hanwick's ear for a melody works wonders at times. The opening trio of 'Book Of Revelations', 'Days' and 'What You Were' set the ball rolling in a diminutive fashion, while lead single 'Money' bears all the hallmarks of your archetypal grower, its presence and austerity becoming more apparent with every subsequent listen. Were the opening third of Portamento to have been released as a stand-alone EP we'd be looking at a way higher mark here. Instead, because much of what follows doesn't demand that attention, or differentiate from everything else on offer, such complacency shifts Portamento into the ball park reserved for those of an average persuasion.

Lyrically the themes remain the same; boy likes girl, girl is unsure of boy, boy tries that little bit harder to get with girl. It's a combination that rock and roll has been built on for decades and The Drums are one of the best bands in modern times at such simplistic documentation. When Portamento does veer off into unchartered territories the results are mixed. The errant electronica of 'Searching For Heaven' mirrors The Wake's dalliance with a similar style on 1985's Here Comes Everybody and as with their heroes, the results are no less dramatic or pleasant. 'I Need A Doctor' however comes across as being quite clumsy in places, almost like a rudderless cruise ship battling against high winds and torrential rain on a stormy sea.

Overall, Portamento sticks true to what The Drums believe in and hopefully dispels any ridiculous rumours of label nurturing or influence in terms of musical direction or otherwise. However, what it also highlights is that maybe the band need to take some time out to reflect before rushing into writing album number three. Contrary to popular belief, there is a great album waiting to be unleashed from the Brooklyn trio in the not-too-distant future. They just haven't given themselves time to make it yet.